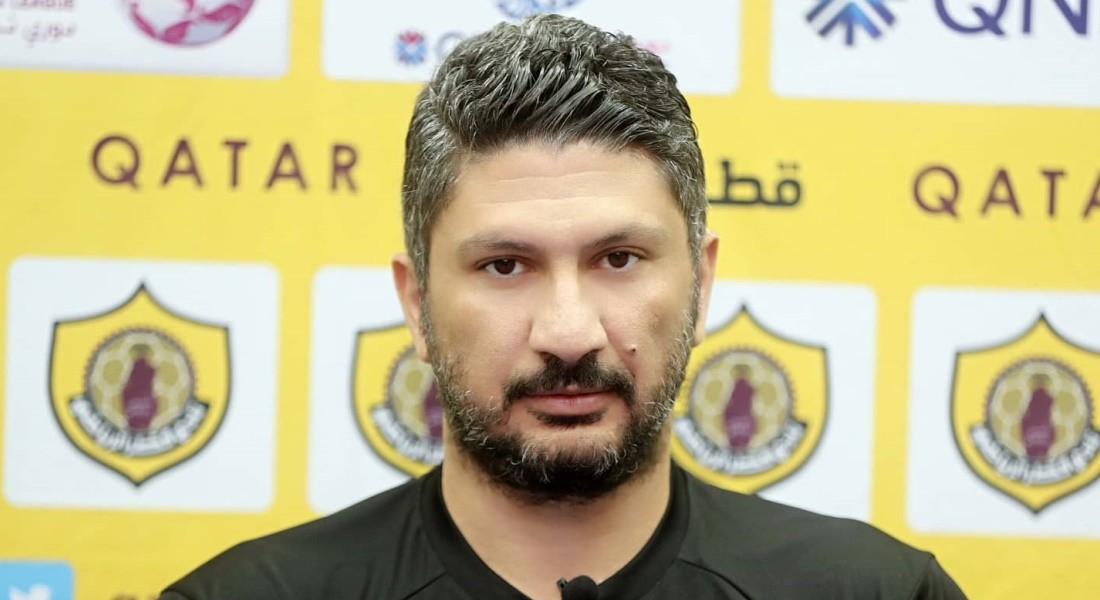 Qatar SC coach Wesam Rizik spoke to the media ahead of their 2019-20 QNB Stars League Week 20 match against Al Shahania.

“We are going to play the most important three matches. The one against Al Shahania will be very crucial and we are going to give our very best against them.

“This match and its points are important for both teams. We are better than Al Shahania in terms of points. We focus a lot on this match and are fully aware of the progress that Al Shahania have made after Nabil Anwar took charge of them.

“They have changed a lot, so we are facing a strong side with some very good players. Our team will be ready and I hope we will be better,” said Wesam.

Qatar SC player Mohammed Salem said, “Our team began preparing for this match immediately after our last game. Everyone, including the coach and players, are aware of the seriousness of the situation. The coach will determine the strengths and weaknesses of Al Shahania team.

“We fought until the last minute in the two games we played after resumption of the league and presented a good level. We will be surely better against Al Shahania in order to get the three points. Each match is a like final. We will not give up the three points even though they have their own strengths, and also weaknesses. We know that some of their players are capable of making the difference.”