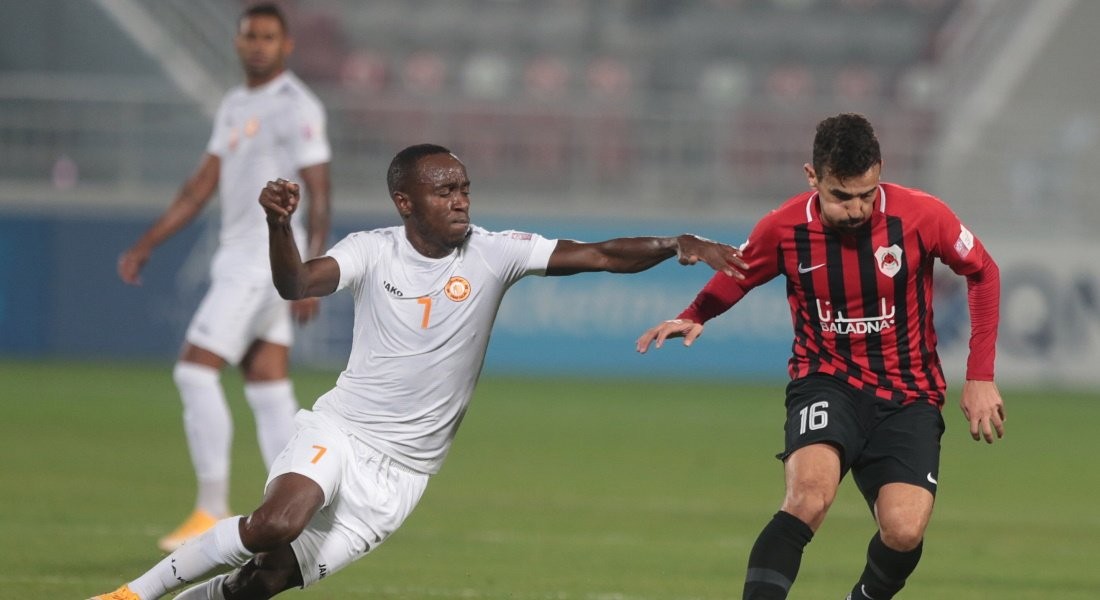 Al Rayyan and Umm Salal played out a 1-1 draw in Week 9 of the 2020-21 season QNB Stars League at the Al Duhail Stadium on Monday.

Yacine Brahimi scored for Al Rayyan from the penalty spot in the 32nd minute, while Kayke Rodriguez netted Umm Salal’s goal in the 50th minute.

Al Rayyan and Umm Salal have 13 and eight points respectively.

Umm Salal, on a high having beaten Al Kharaitiyat 1-0 in Week 8, started with a bang as Abdennour Belhocini’s beaming shot was parried by Al Rayyan goalkeeper Fahad Younis.

However, The Orange Fortress could not do much during the remaining part of first half as they played second fiddle to Al Rayyan.

Al Rayyan went up as Brahimi converted a penalty, awarded after Umm Salal defender Omar Yahya fouled Al Rayyan’s Under-23 player Naif Al Hadhrami. Goalkeeper Baba Malick collected the first shot taken by Brahimi, but VAR was called in and a retake was allowed for infringement by Malick. This time, the Algerian attacking midfielder made no mistake from the spot.

Umm Salal took the field after the break with renewed vigour and quick came the result, with Kayke finding the target. It may be recalled that the Brazilan forward had netted Umm Salal’s winner against Al Kharaitiyat in the previous round.

Al Rayyan vehemently appealed for a penalty in the 58th minute when Franck Kom’s header off a Brahimi free-kick hit Umm Salal defender Roozbeh Mohammed’s hand, but was disallowed as it was a ball-to-hand incident.

The Umm Salal goal had a close call in the 70th minute when Malick fumbled with his collection of a cross. Al Rayyan striker Yohan Boli hit the ball on to the upright and Brahimi skied the rebound.