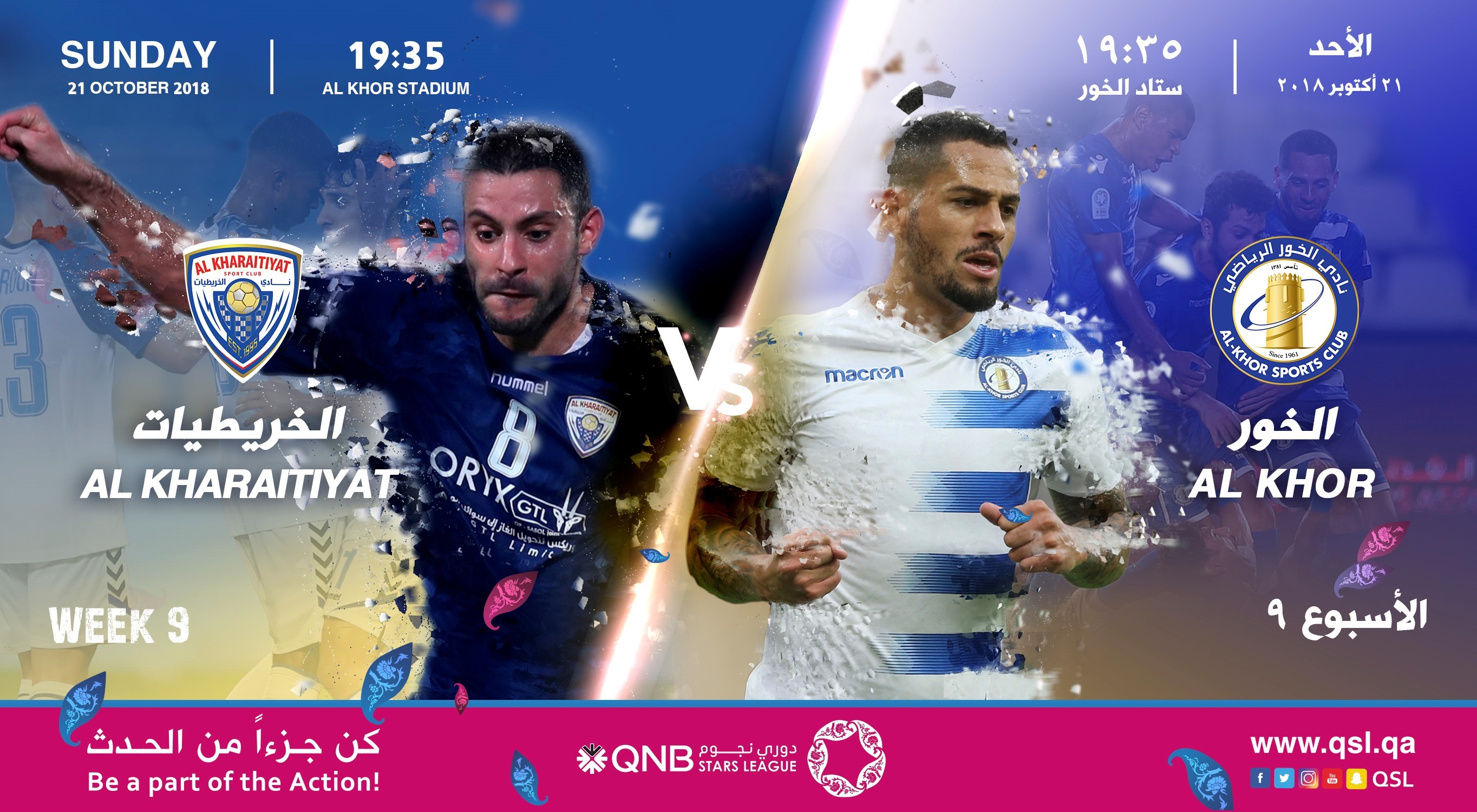 When Al Kharaitiyat face Al Khor in the QNB Stars League Week 9 action on Sunday, 21st October, it will be a battle between two sides trying to move away from the danger zone. The kick-off is at 19:35 at the Al Khor Stadium.

Al Kharaitiyat are at the bottom of the table with three points they earned from their 2-0 shock victory over Al Gharafa, while Al Khor are 11th with five points.

Both teams have registered only one victory. Al Kharaitiyat lost seven games, while Al Khor lost four times and drew two of their matches.

Al Khor have a game in hand, against Al Sadd from Week 5 which was rescheduled owing to the latter’s AFC Champions League commitments.

Al Kharaitiyat lost 0-2 to Qatar SC, whereas Al Khor pulled off a stunner (1-0 verdict over Al Rayyan) in the previous round.

Nayef had missed the last match due to the suspension he received during their 0-1 loss to Umm Salal in Week 7.

In Round 2 of the QSL Cup played during the international break last week, Al Kharaitiyat defeated Al Arabi 2-0 and Al Khor put it across Al Shahania 2-1.