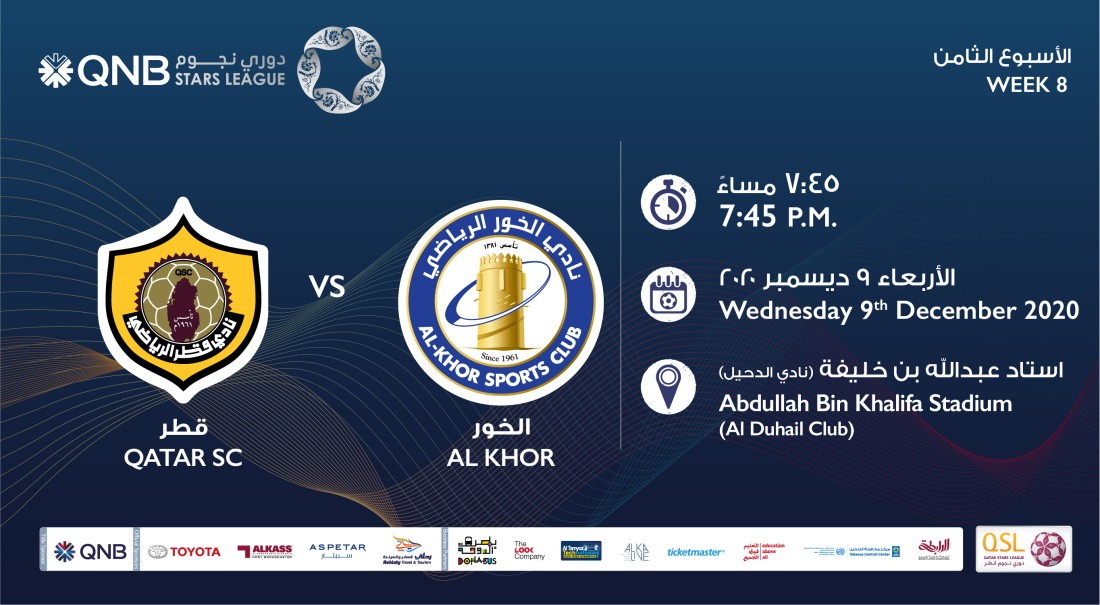 Qatar SC, who beat Al Arabi 3-0 in the previous round, are better off compared to Al Khor, having been placed seventh with nine points.

On the other hand, Al Khor, who lost 3-6 to Al Gharafa in Week 7, are 11th with four points, the same as Umm Salal but above on goal difference. Al Khor have a goal difference of -5 as against Umm Salal’s -9, despite the fact that the former are the only side yet to register a victory.

Al Khor have four draws and three defeats against their name, whereas Qatar SC have three victories to their credit even though they lost four matches to have a goal difference of 0 (seven goals for and as many against).

Points are of utmost importance for both teams at this stage — Qatar SC to improve their position and Al Khor to stay off the danger zone.