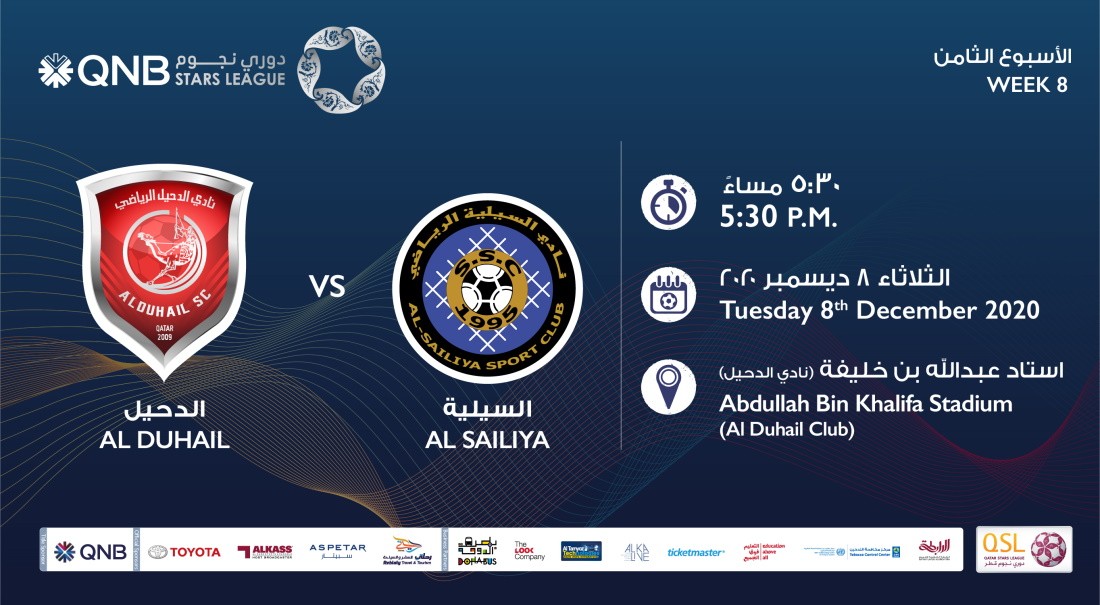 Reigning champions Al Duhail are fourth with 12 points. They have four victories and three defeats with a goal difference of +2 (12 goals for and 10 against).

Despite defeating Al Kharaitiyat 4-1 in the previous round, Al Duhail could only occupy the fourth position, so The Red Knights will be keen not to drop points any more in their bid to retain the title.

On the other hand, Al Sailiya had to satisfy with the eighth position after losing to Al Wakrah by a 1-3 margin in Week 7, having stood on eight points.

Al Sailiya have registered two victories, as many draws and three defeats. The Peregrines’ goal difference is -4 (nine goals for and 13 against).

Both Al Duhail and Al Sailiya have outstanding players in their ranks, so the contest promises to be thrilling.