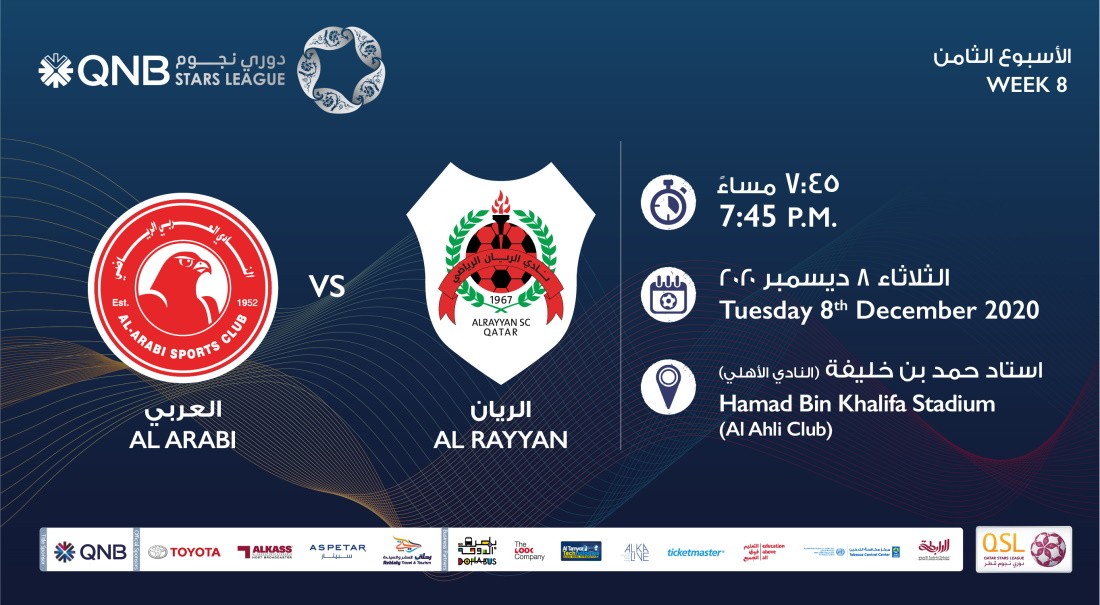 The showdown between Al Arabi and Al Rayyan is one of the signature matches in the competition, mainly because these are the two teams with perhaps the largest fan base in Qatar football.

Both Al Arabi and Al Rayyan had dropped points in the previous round, the former losing 0-3 to Qatar SC and the latter playing out a 1-1 draw with Al Ahli. Naturally, they will look not to repeat it and that should make the encounter more enthralling.

Al Arabi are in the 10th position in the standings with five points that they earned from one victory and two draws. The Dream Team lost four matches to have a goal difference of -8 (eight goals for and 16 against).

Last season’s runners-up Al Rayyan are placed fifth with 11 points (three victories, two draws and as many defeats). The Lions have a goal difference of +3 (nine goals for and six against).

Al Arabi’s Icelandic coach Heimir Hallgrimsson will be keen to make a turnaround in his team’s fortunes as they have only one point more than bottom-placed Al Khor and Umm Salal. He would also like his wards to get back on the winning path ahead of their Amir Cup final against a formidable Al Sadd side on 18th December.

Meanwhile, Al Rayyan coach Diego Aguirre will be delighted to have their ace player Yacine Brahimi back in the fold after missing their last two matches against Al Kharaitiyat and Al Ahli as he was recovering from coronavirus (Covid-19) infection, according to the club’s announcement.

Al Rayyan look favourites to win, but Al Arabi are capable of giving the rivals a good run for their money.