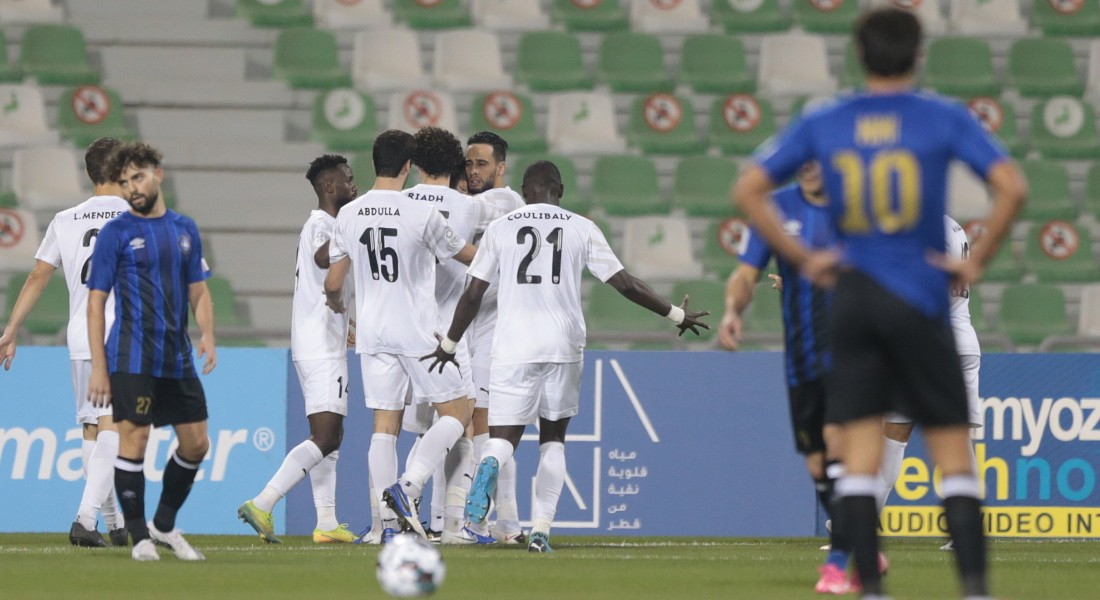 Al Wakrah defeated Al Sailiya 3-1 in Week 7 of the 2020-21 season QNB Stars League at the Al Ahli Stadium on Thursday.

Al Wakrah raised their tally to 10 points and Al Sailiya remained on eight.

Both teams had dropped points in Week 6, Al Sailiya drawing goalless with Al Khor and Al Wakrah losing 0-1 to Qatar SC, so they played an open game.

Ceballos started it all with a long-range shot in the 13th minute. Omar was off-target in the 27th minute following a quick move and Benyettou headed over in the 44th minute.

Al Wakrah’s Riadh Nasser too came close towards the end of first half.

At the other end, Al Sailiya attackers Abdulqadir Ilyas, Tiago Bezerra and Mohanad Ali (Mimi) struggled to make inroads as they missed the speed and pace of Ahmed Hammoudan.

However, the teams took the breather goalless.

The second half saw a flurry of attacks by Al Wakrah and they were rewarded with two quick goals.

Ceballos found the target with an angular shot and Omar deflected in a shot by Benyettou.

Al Wakrah were totally in control now and Ceballos added his second and the team’s third with an opportunistic goal.

Ilyas reduced the margin for Al Sailiya in the first minute of stoppage time, but it was too little, too late.

Both Al Wakrah and Al Sailiya had recently progressed to the semifinals of 2020-21 season Ooredoo Cup.