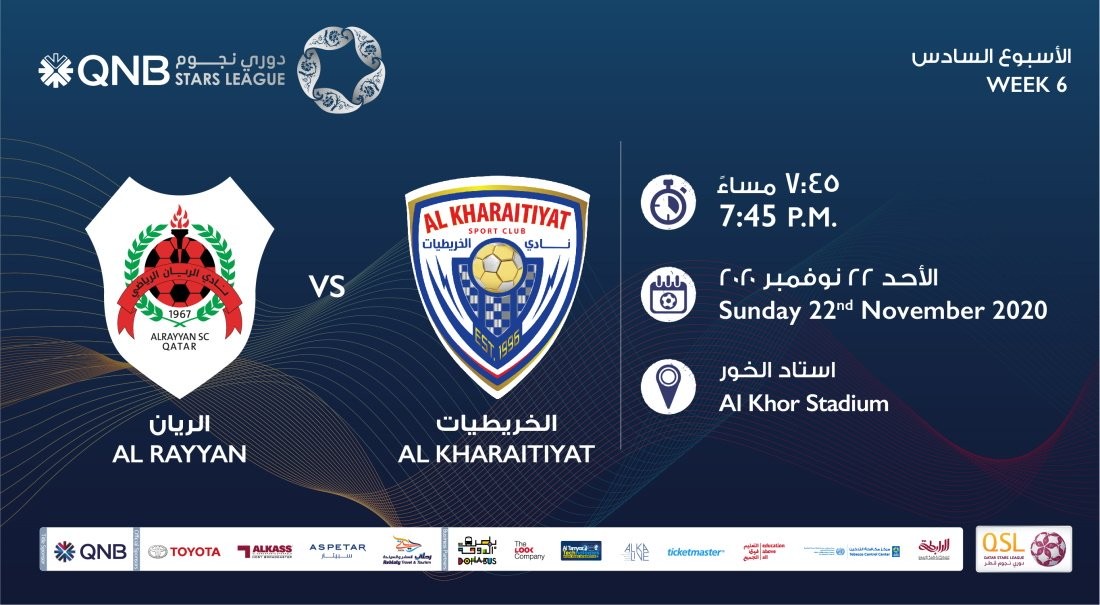 Last season’s runners-up Al Rayyan are placed sixth with seven points. They were held 1-1 by Al Sailiya in their opener, but put that behind them by defeating Al Gharafa 3-1.

The Lions, coached by Uruguayan Diego Aguirre, lost 0-1 to Qatar SC in Week 3, but put their campaign back on track with a 1-0 win over Al Wakrah in Week 4.

However, they could not sustain the momentum and lost 1-2 to defending champions Al Duhail in Week 5 before the QNB Stars League took a break.

Al Rayyan made it to the semifinal of 2020-21 season Ooredoo Cup by defeating Al Khor by a solitary goal on 16th November.

Al Kharaitiyat, coached by Yousef Adam, are eighth in the table with six points. The Thunders have two wins (over Qatar SC and Al Khor by an identical 2-1 margin) and three defeats (1-5 to Al Sadd, 0-2 to both Al Sailiya and Al Gharafa).

Al Kharaitiyat had lost to Al Wakrah in the 2020-21 Ooredoo Cup quarterfinal in the tie-breaker on 15th November.