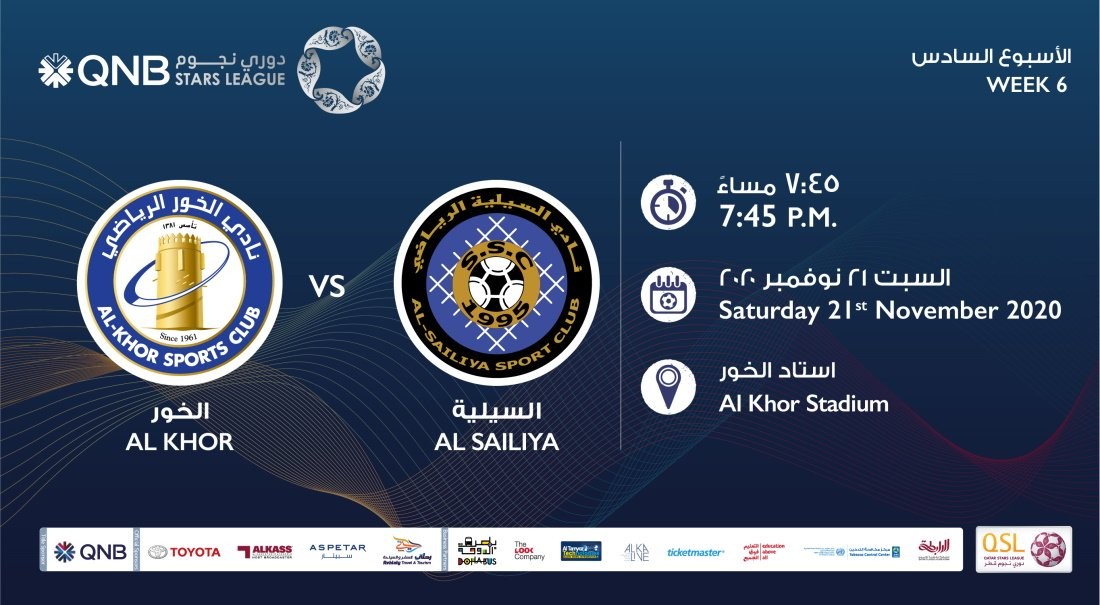 Al Khor are 11th in the table with three points that they collected from their drawn encounters with Al Arabi (2-2), Umm Salal (goalless) and Al Sadd (goalless). The Knights, coached by Frenchman Hantz Frederic, had lost 0-1 to Al Ahli and 1-2 to Al Kharaitiyat.

Al Khor will also be looking to put behind the disappointment of their exit from the 2020-21 Ooredoo Cup quarterfinal after losing to Al Rayyan by a solitary goal on 16th November.

Al Sailiya are placed seventh with seven points. The Peregrines have two victories to their credit (2-0 over Al Kharaitiyat and 4-2 over Al Gharafa).

Sami Trabelsi’s wards had held last season’s runners-up Al Rayyan to a creditable 1-1 draw in their opener, but lost 1-5 to Al Sadd and 0-2 to Al Ahli.

Al Sailiya are also on a high after reaching the semifinal of 2020-21 Ooredoo Cup by edging Al Arabi in sudden death.