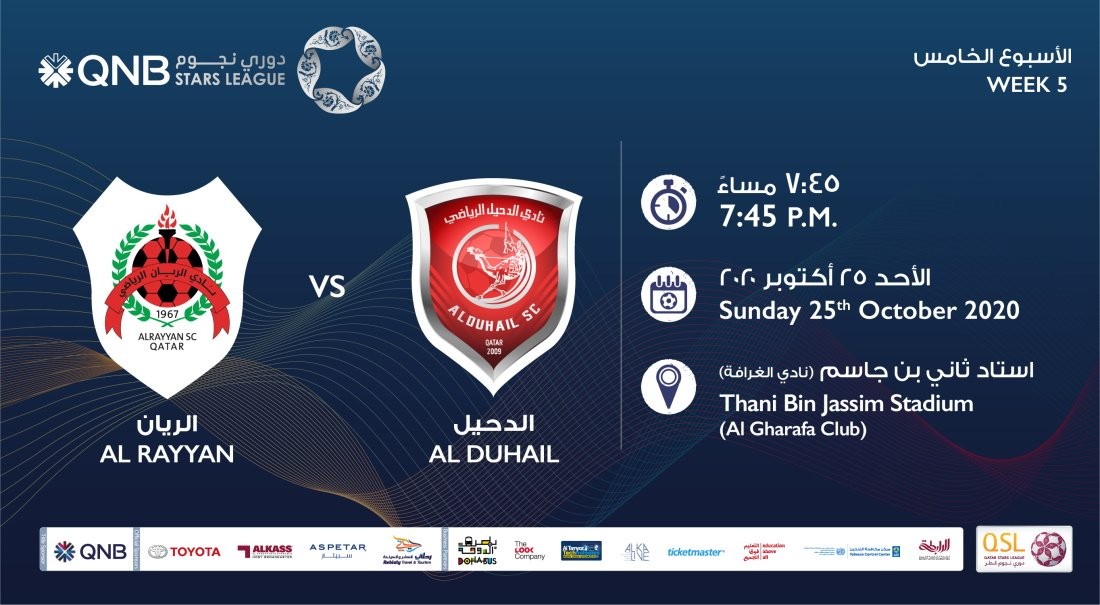 Last season’s runners-up Al Rayyan are placed fourth with seven points. They were held 1-1 by Al Sailiya in their opener, but put that behind them by defeating Al Gharafa 3-1.

The Lions, coached by Uruguayan Diego Aguirre, lost 0-1 to Qatar SC in Week 3. However, they got their campaign back on track with a 1-0 win over Al Wakrah in Week 4.

Reigning champions Al Duhail suffered a setback as they lost 1-3 to title rivals Al Sadd on Wednesday, 21st October, which saw them remain fifth in the table with six points. The match was postponed from Week 3 due to both teams’ participation in the 2020 AFC Champions League.

The Red Knights, who have a new coach in Frenchman Sabri Lamouchi after they parted ways with Moroccan Walid Regragui, had also crashed in Week 2 as they went down 0-1 to Al Wakrah.

Both Al Rayyan and Al Duhail have players of great calibre who can impact the game’s result. Yacine Brahimi and Yohan Boli (Al Rayyan), Almoez Ali, Dudu and Edmilson Junior (Al Duhail) are some of them.