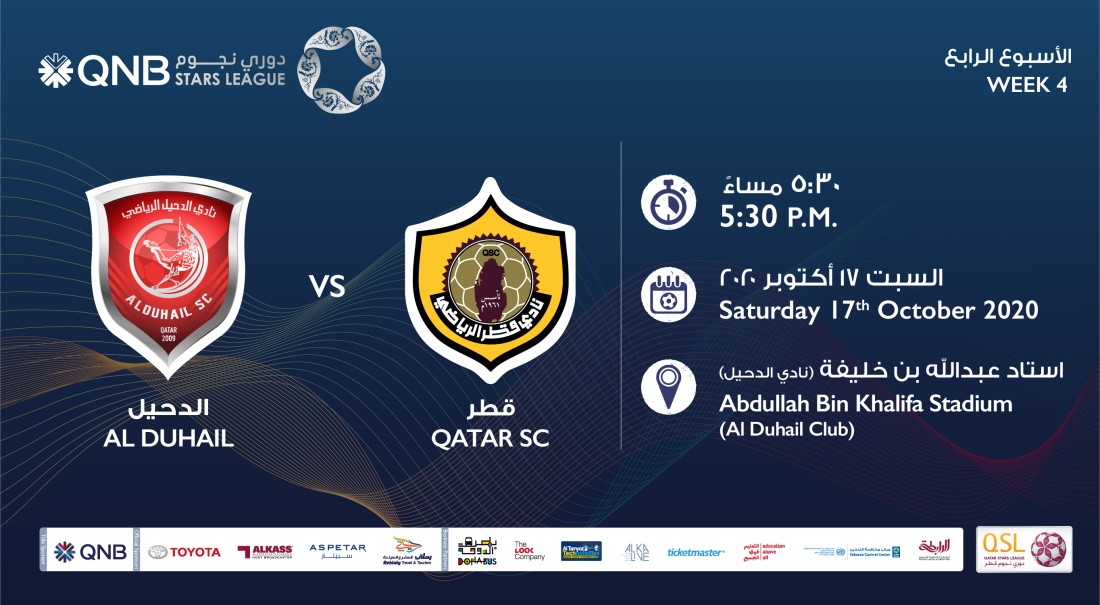 Defending champions Al Duhail are placed seventh in the table with three points. They have played one game less as their high-profile fixture against Al Sadd in Week 3 was postponed owing to both teams’ commitments in the 2020 AFC Champions League. It is scheduled for Wednesday, 21st October, at the Al Duhail Stadium (18:45 kick-off).

Al Duhail beat Umm Salal 3-0 in the opening round, but suffered a shock in Week 2 as they lost 0-1 to Al Wakrah.

Qatar SC are in eighth position with three points. They made headlines before the tournament took a break on 13th September after Round 3 action by beating last season’s runners-up Al Rayyan 1-0 to register their first victory.

Coached by former Qatar international midfielder Younis Ali, The Kings had previously lost 0-2 to Al Gharafa and 1-2 to Al Kharaitiyat.

It may be recalled that Qatar SC had dropped many points in the first leg of 2019-20 QNB Stars League, but they more than made up for it with a series of positive results in the tournament’s latter session to eventually end up in eighth position.