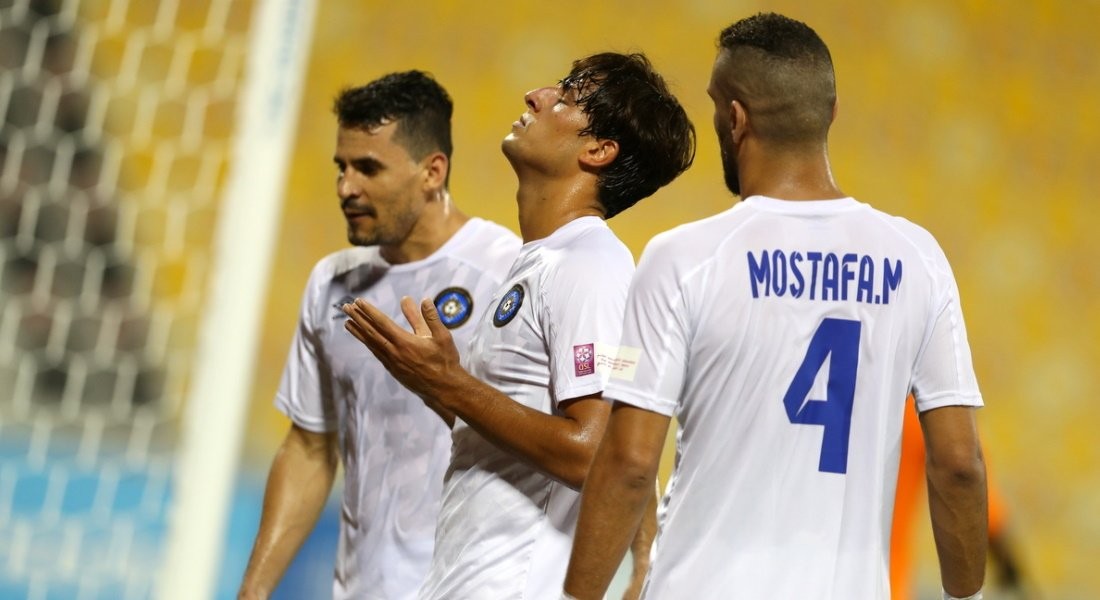 Al Sailiya recorded their first victory in the 2020-21 season QNB Stars League by defeating promoted side Al Kharaitiyat 2-0 in their Week 3 match at the Qatar SC Stadium on Saturday.

Iraqi striker Mohanad Ali scored the goals in the 14th and 50th minutes for Al Sailiya, who moved on to four points, while Al Kharaitiyat remained on three points that they collected from their 2-1 victory over Qatar SC in Week 2. The Thunders had lost 1-5 to Al Sadd in the opening round.

For Al Sailiya, who have embarked on the new season with high ambitions and reinforced the squad to improve their fifth-place finish last season, the victory was a big morale booster ahead of the long break in the QNB Stars League.

The Peregrines held last season’s runners-up Al Rayyan to a 1-1 draw in Week 1, but then lost big-time to Al Sadd (1-5).

Al Sailiya, determined to make a turnaround in their fortunes, created more opportunities right throughout and Mohanad, a former player with Al Duhail, struck on either side of half-time to hand Sami Trabelsi’s side an important victory.

As a result, Al Kharaitiyat, back in the QNB Stars League after a gap of one season, had to play second fiddle to their rivals. Their Moroccan spearhead Rachid Tiberkanine came close on a couple of occasions, but a goal eluded them.

Mohanad opened the scoring by heading in a corner kick by Nadir Belhadj.

Mohanad was at it again in the 42nd minute, but his shot went over the bar, while his team-mate Tiago Bezerra sent a free-kick wide of the target.

For Yousef Adam-coached Al Kharaitiyat, Mahmoud Saad and Tiberkanine made attempts at the goal in the first half.

Mohanad scored a second time not long after resumption of play off a pass from Ahmed Hammoudan who, along with Bezerra, switched sides from Al Khor at the start of this season.

Al Kharaitiyat’s substitute Saoud Farhan and Mohammed Osman made attempts at the goal, but in vain.