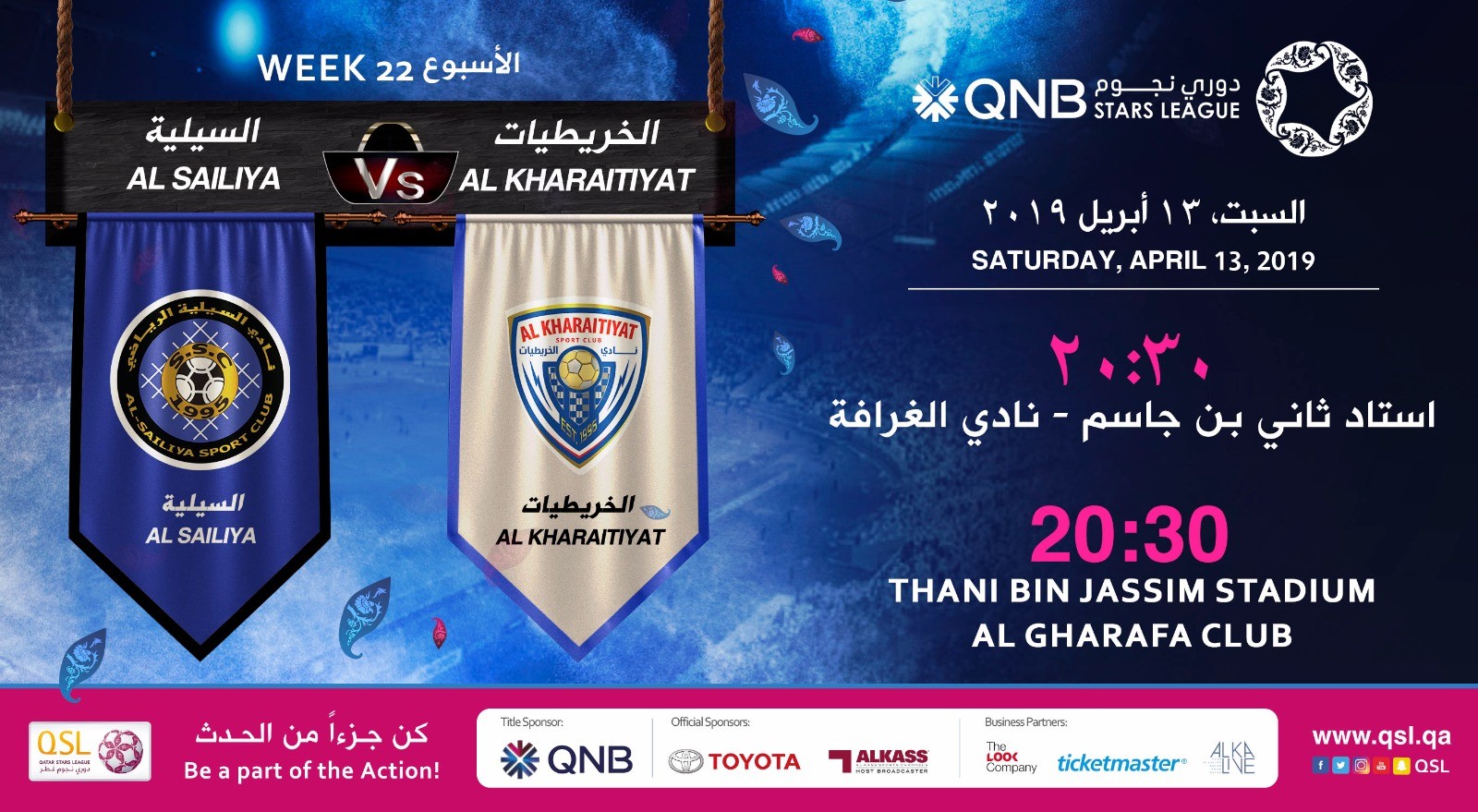 Al Sailiya are up against Al Kharaitiyat in Week 22 of the QNB Stars League on Saturday, 13th April. The kick-off is at 20:30 at the Al Gharafa Stadium.

Al Sailiya, who played out a 2-2 draw with Al Rayyan in the last round, are placed third with 35 points (11 victories, two draws and eight defeats). The Peregrines have a goal difference of +9 (33 goals for and 24 against).

They will be keen on registering victory over Al Kharaitiyat so that they can ensure they finish the tournament in the third position, as Al Rayyan (34 points) and Al Ahli (33 points) are breathing down their neck with the aim of a top-four finish.

On the other hand, Al Kharaitiyat are facing a different challenge. The Thunders are placed at the bottom of the league table with 15 points. They are the team that stares at relegation the most, the others being Al Khor (19 points) and Qatar SC (16 points).

Al Kharaitiyat have recorded five wins, including their shock 1-0 verdict over formidable Al Duhail in Week 21. However, they lost 16 games. Their goal difference is -36 (17 goals for and 53 against).

So, a keen contest is on the cards.

Al Sailiya had beaten Al Kharaitiyat 5-0 in the first leg.