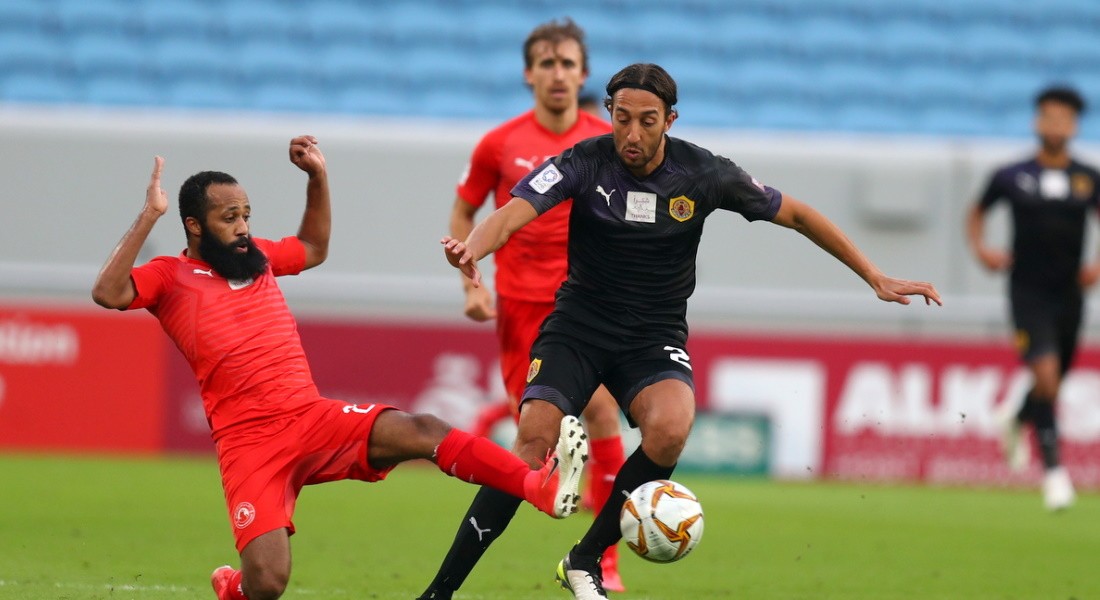 Al Arabi and Qatar SC played out a goalless draw in the final round (Week 22) of 2019-20 season QNB Stars League at the Al Janoub Stadium on Friday.

Al Arabi and Qatar SC finished their campaigns with 26 and 20 points respectively.

It may be recalled that Qatar SC and Al Arabi were locked in a 1-1 draw in the first leg of 2019-20 QNB Stars League.

Possession was almost even right throughout the game. While Al Arabi attacked more through the wings, forcing nine corner kicks as against Qatar SC’s two, the latter created more purpose in the attack as Sardor Rashidov and Kayke Rodriguez led their charge.

Goalkeepers Jassim Al Hail of Qatar SC and his Al Arabi counterpart Mahmoud Abunada did not face any serious threats even though both came to the rescue of their teams at times.

Al Hail was returning from an injury layoff.

Al Arabi’s Jassim Jaber effected a save before Kayke could get the ball off a Rashidov cross from the right in the 83rd minute.