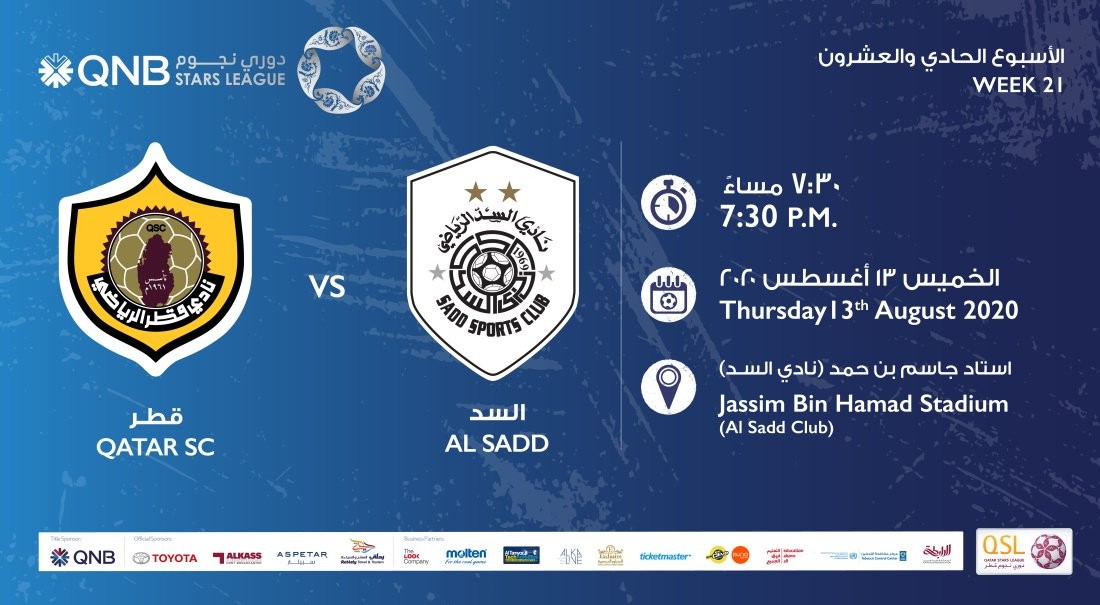 Qatar SC are ninth with 19 points. Coached by former Qatar international midfielder Wesam Rizik, The Kings have four victories, seven draws and nine defeats against their name with a goal difference of -7, having scored 18 goals and conceded 25.

After going down fighting 1-2 to Al Rayyan in Week 18 when the QNB Stars League resumed after a long break, Qatar SC, who are not completely out of the danger zone, earned two valuable points from their 1-1 draw with Umm Salal and goalless result against Al Shahania.

Reigning champions Al Sadd, who beat table toppers Al Duhail 1-0 in a heavyweight encounter in Week 20, are placed third with 41 points. The Wolves have 13 wins, two draws and five defeats with a goal difference of +21 (49 goals for and 28 against).

Xavi Hernandez-coached Al Sadd have scored the most number of goals than any other team. Al Rayyan are second (37) and Al Duhail third (36).