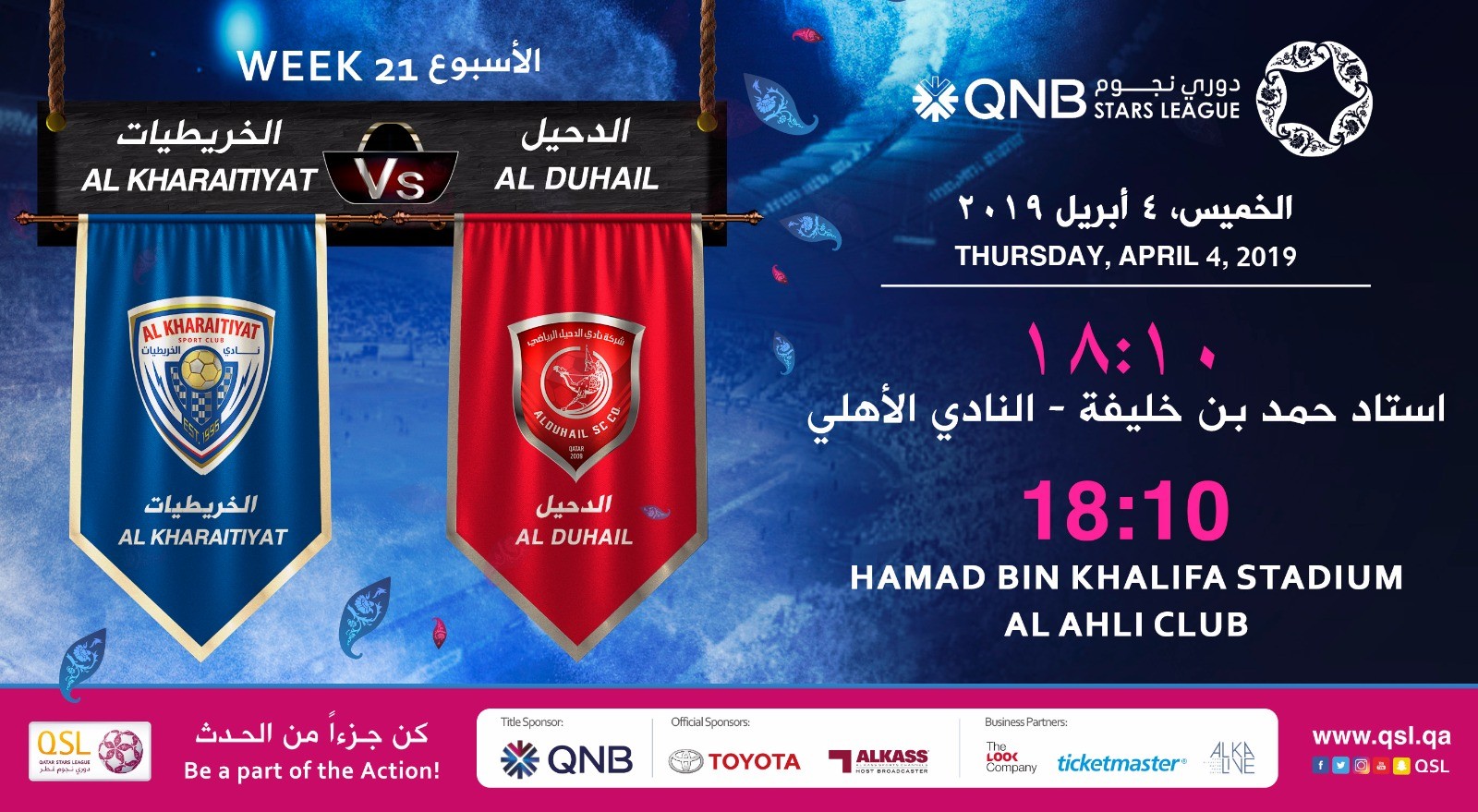 Al Kharaitiyat will fight a do-or-die battle against reigning champions Al Duhail in Week 21 of the QNB Stars League on Thursday, 4th April. The kick-off is at 18:10 at the Al Ahli Stadium.

Al Kharaitiyat, who are placed rock-bottom with only 12 points, are having a last chance to stay in the QNB Stars League next season, so they have their task cut out against formidable opponents.

On the other hand, Al Duhail’s chances of retaining the title will depend not only on their results, but also on Al Sadd dropping points.

Al Duhail, who drew 2-2 with Al Sadd in Week 20, have 14 wins to their credit. The Red Knights drew five matches and lost one, and have a total tally of 47 points, four less than leaders Al Sadd. They have a goal difference of +33 (49 goals for and 16 against).

Al Kharaitiyat have four wins and 16 defeats against their name. The Thunders’ goal difference is -37, the worst among all 12 teams. They scored 16 goals and conceded 53.

Al Duhail had defeated Al Kharaitiyat 4-1 in the first leg.