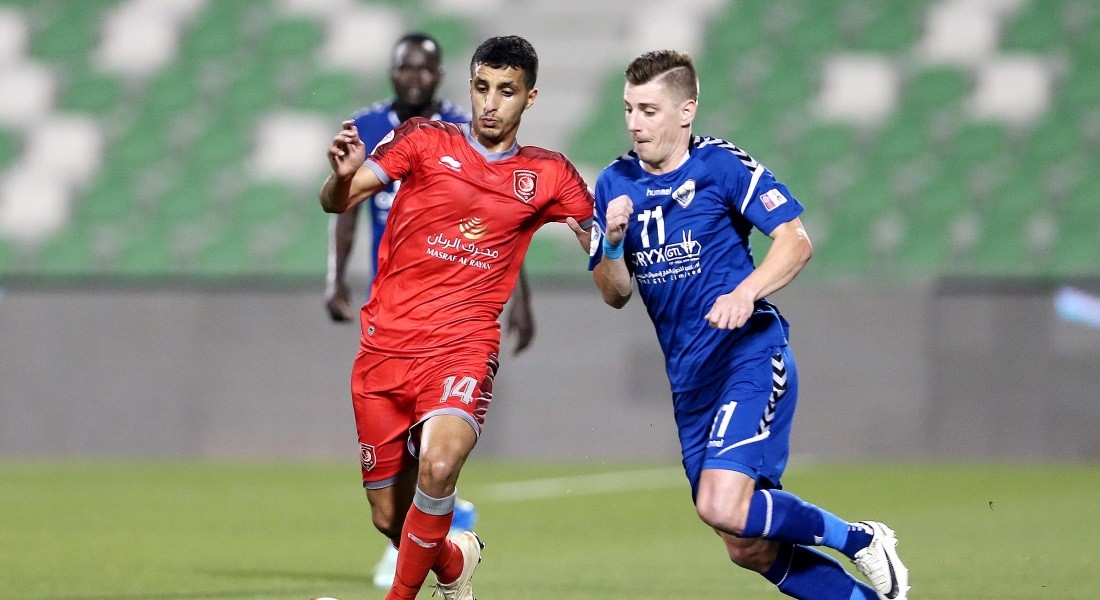 Reigning champions Al Duhail crashed to a 0-1 defeat against Al Kharaitiyat in Week 21 of the QNB Stars League at the Al Ahli Stadium on Thursday.

Al Duhail saw their title hopes end as they suffered a defeat and Al Sadd beat Al Ahli to emerge as the champions.

Mohammed Salam scored the only goal in the 77th minute.

Al Kharaitiyat thus maintained their hopes of staying in the First Division.

The game was very much a low-key affair, with Al Kharaitiyat looking to starve a nervous Al Duhail of their favourite possession-based football and thus offering a chance to the home team to sneak a surprise victory.

With very little action in the first half, the first real chance of the match fell to an ambitious Abdulla Al Anzi, as he approached from distance before launching a 30-yard drive that would have tested the goalkeeper had he been able to keep it a little lower. This was certainly the catalyst for Al Kharaitiyat and ultimately the positive spark that pushed them towards the only goal of the night.

Moments later, a corner was headed clear which was crossed back in from the left by Valentin Lazar and that was met with a fabulous header by Salam, who flicked it into the corner with his back turned to the goal. It was an audacious effort and fully deserving of a match winner.

Any chance of Al Duhail’s comeback was extinguished while Al Kharaitiyat held on to a famous victory.