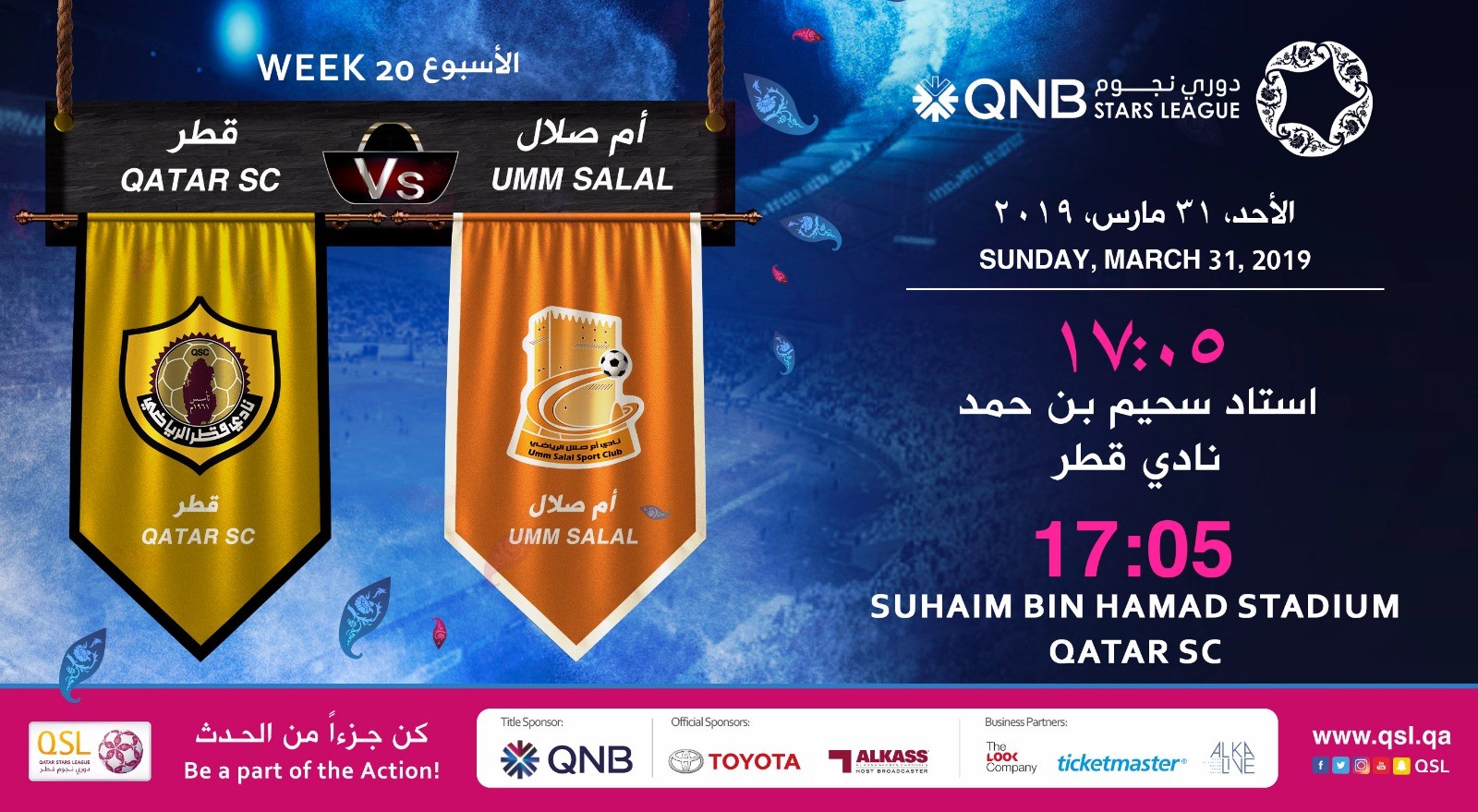 Qatar SC play host to Umm Salal in Week 20 of the QNB Stars League on Sunday, 31st March. The kick-off is at 17:05 at the Qatar SC Stadium.

The match assumes great significance for both teams as they cannot afford a slip-up at this crucial stage in the tournament.

Qatar SC and Umm Salal are both coming off defeats, against Al Kharaitiyat (0-1) and Al Duhail (1-3) respectively.

In fact, Qatar SC and Umm Salal had lost in Weeks 17 and 18 too, thus crashing to a hat-trick of defeats.

Umm Salal are placed one position above (ninth) with 20 points (five wins, as many draws and nine defeats). The Orange Fortress have a goal difference of -13 (20 goals for and 33 against).

Umm Salal, who narrowly lost out to Al Gharafa for the fourth position last season, had replaced Dutch coach Laurent Banide with Spaniard Raul Caneda during the winter break in a bid to make a turnaround in their fortunes.

Umm Salal and Qatar SC had played out a 1-1 draw in the first leg.