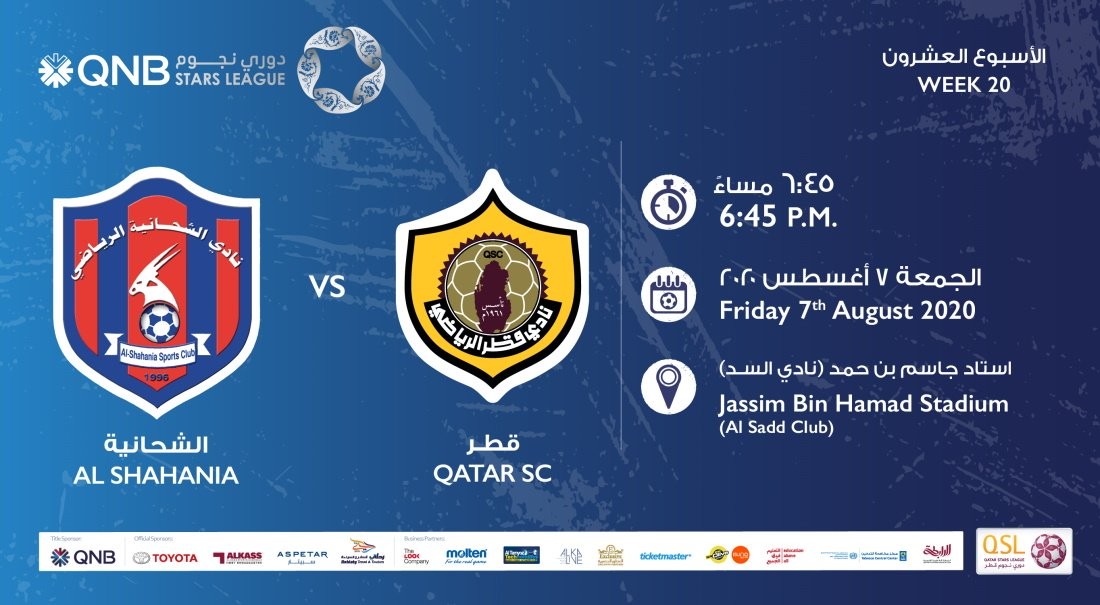 Even though Al Shahania are the basement side with 14 points, they have been doing well ever since Nabil Anwar took charge of them replacing Spaniard Jose Murcia. They beat Al Ahli 3-1 in Week 18, the first match they played under Nabil, and followed it up with a 2-2 draw with Al Sailiya last week.

Al Shahania have two victories, eight draws and nine defeats against their name with a goal difference of -18 (22 goals for and 40 against). They are sure to give off their best in the remaining games in order to stay in the top flight.

Qatar SC, who played out a 1-1 draw with Umm Salal in Week 19, are ninth with 18 points. Qatar international midfielder Wesam Rizik-coached The Kings have four victories, six draws and nine defeats against their name with a goal difference of -7, having scored 18 goals and conceded 25.