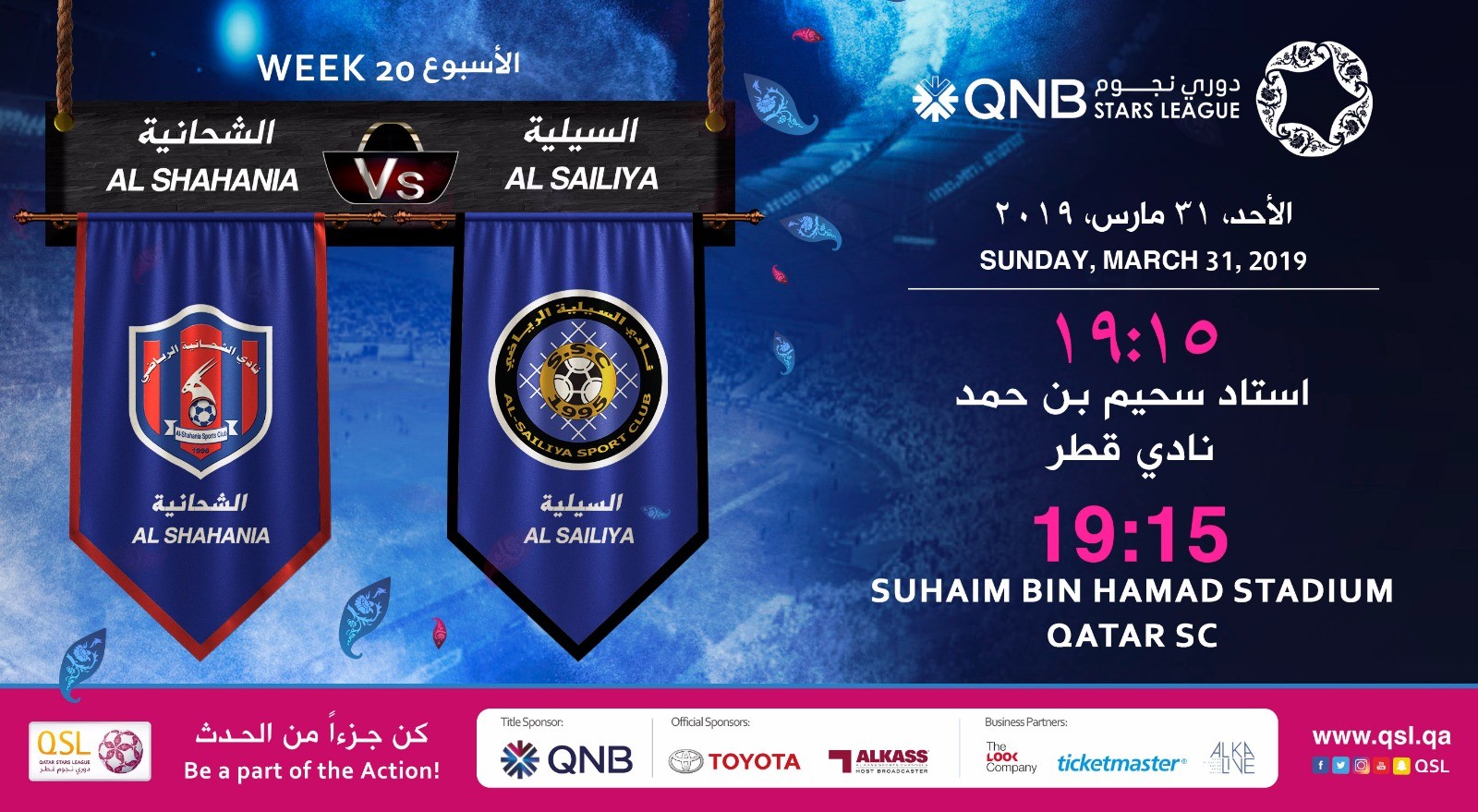 Al Shahania will vie with Al Sailiya in Week 20 of the QNB Stars League on Sunday, 31st March. The kick-off is at 19:15 at the Qatar SC Stadium.

Promoted side Al Shahania have had a good run generally this season and particularly of late. They held Al Ahli goalless in Week 19 after pulling off a coup against traditional powerhouse Al Rayyan, winning by a 3-0 margin, in Week 18.

Al Shahania are placed eighth with 21 points (five victories, six draws and eight defeats). Their goal difference is -12 (18 goals for and 30 against).

The team has been putting up gritty fights under Spanish coach Jose Murcia, who helped them earn promotion to this season’s QNB Stars League.

On the other hand, Al Sailiya will look for a morale-boosting win as they are coming off back-to-back defeats against Al Arabi (2-3) and leaders Al Sadd (0-2) in that order.

The Peregrines are placed fourth with 31 points, but they will target full points in order to continue their stay in the top-four bracket.

Al Sailiya, for long coached by Tunisian Sami Trabelsi, have registered 10 victories so far this season. They drew one match and lost eight. They have a goal difference of +8 (30 goals for and 22 against).

Al Shahania had beaten Al Sailiya 3-1 in the first leg.