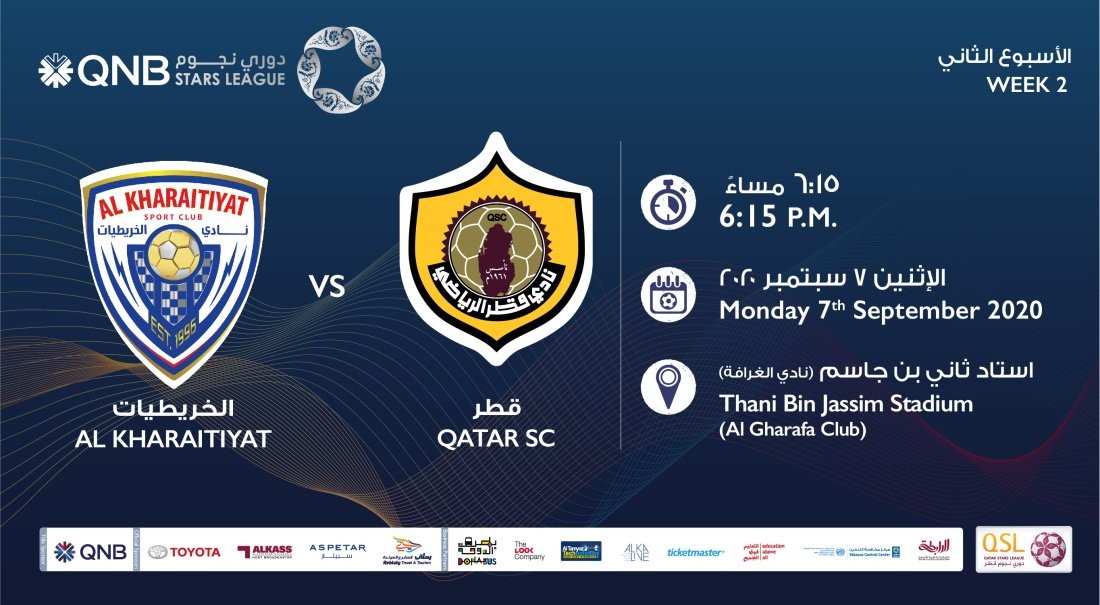 Both Al Kharaitiyat and Qatar SC are coming off defeat, against Al Sadd (1-5) and Al Gharafa (0-2), so they will be keen to get their campaign in the new season on track sooner rather than later.

Al Kharaitiyat, back in the QNB Stars League after a gap of one season, will also look to compensate for the big-margin loss to Al Sadd.

Qatar SC had dropped many points in the first leg of 2019-20 QNB Stars League, but they more than made up for it with a series of positive results in the tournament’s latter session to finish eighth.

The Kings are under the technical supervision of ex-Qatar international midfielder Younis Ali, who replaced another former medio of the Qatar national team Wesam Rizik.