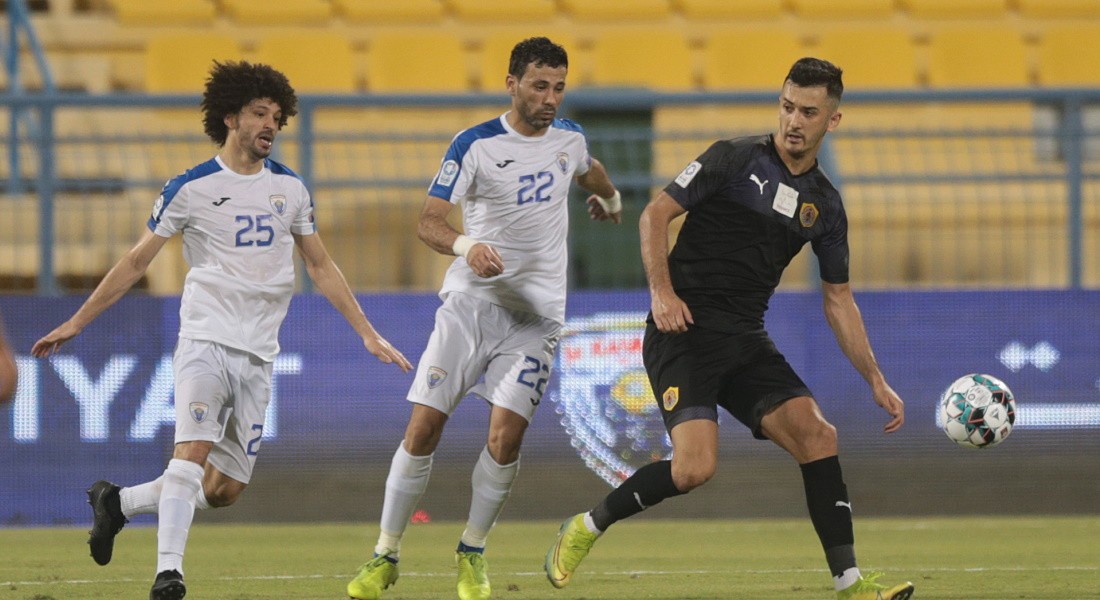 Mohammed Osman (20th-minute penalty) scored for Al Kharaitiyat, who were helped by an own goal by Qatar SC’s Kayke Rodriguez in the 50th minute.

In the process, Al Kharaitiyat, coached by Yousef Adam, made up for their 1-5 loss to Al Sadd in their opener, while Qatar SC crashed to their second defeat, having earlier lost 0-2 to Al Gharafa.

Al Kharaitiyat had finished at the bottom in the 2018-19 season and were relegated. However, they got back to the First Division by emerging as winners in this season’s Second Division.

After Al Kharaitiyat’s Rachid Tiberkanine hit wide of the target in the 16th minute,  they surged ahead through Osman’s penalty conversion. It was awarded when Elmehdi Barrahma tripped Tiberkanine.

Kayke accidentally headed into his own goal five minutes after resumption of play off a corner kick taken by Mahmoud Saad.

Barrahma and Qatar SC had some sort of consolation as he volleyed home a header by Sardor Rashidov off a free-kick by Nasser Ibrahim.

Qatar SC had dropped many points in the first leg of 2019-20 QNB Stars League, but they more than made up for it with a series of positive results in the tournament’s latter session to finish eighth.

The Kings are under the technical supervision of ex-Qatar international midfielder Younis Ali, who replaced another former medio of the Qatar national team Wesam Rizik.