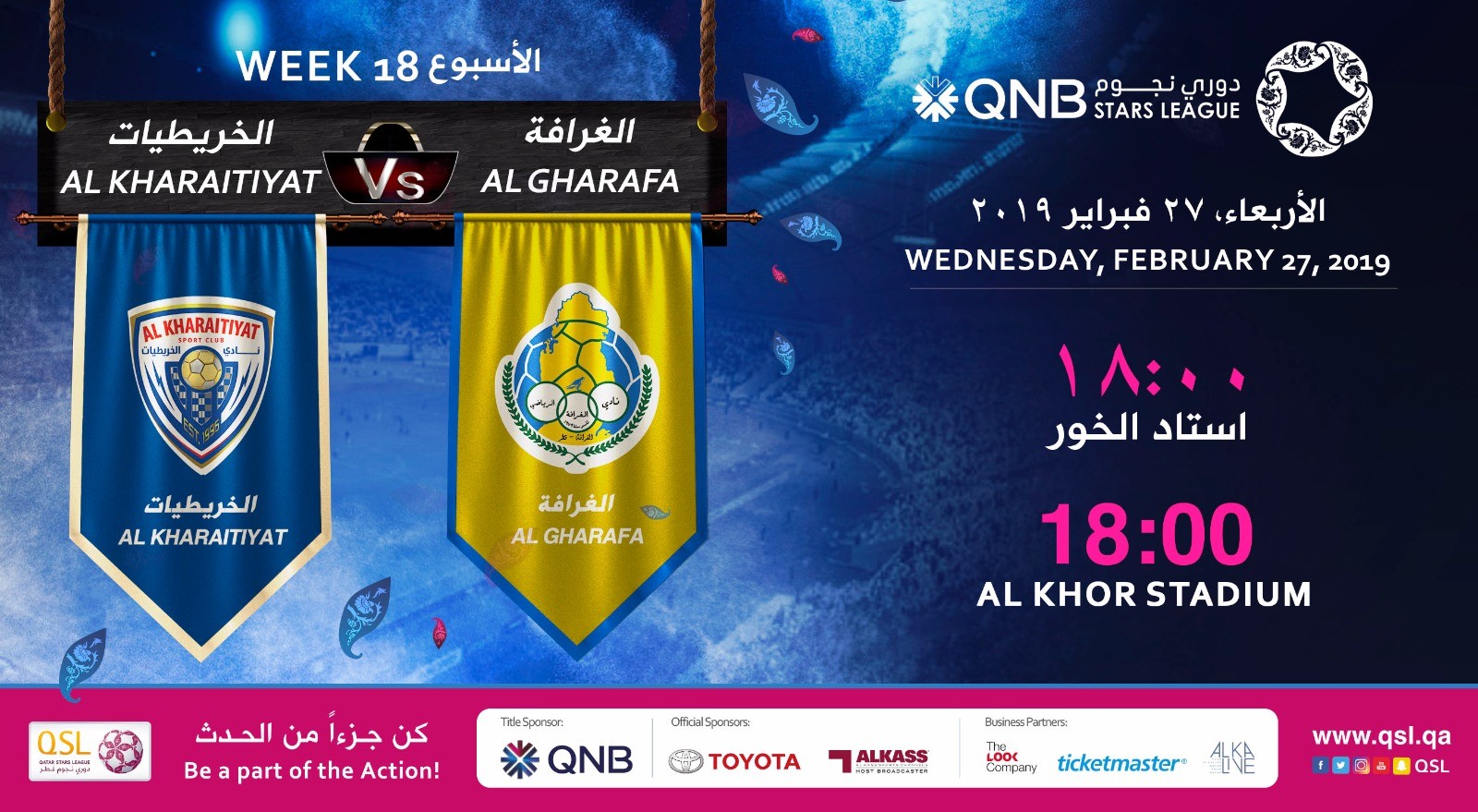 Will Al Kharaitiyat upset Al Gharafa one more time? That is the question doing the rounds when they face off in Week 18 of the QNB Stars League on Wednesday, 27th February. The kick-off is at 18:00 at the Al Khor Stadium.

The match is sure to be exciting as Al Kharaitiyat, even though they are at the bottom of the standings with six points from just two victories, will throw everything into it in search of points.

Al Kharaitiyat defeated Umm Salal 1-0 last week. The Thunders are desperate for more points at this stage if they are to stay away from the danger of getting relegated.

Al Gharafa are also on a high after holding reigning champions Al Duhail to a goalless draw in the last round. The Cheetahs thus compensated for their loss to Umm Salal in Week 16.

Al Gharafa are presently eighth in the QNB Stars League standings with 19 points (five wins, four draws and eight defeats). Their goal difference is -2 (28 goals for and 30 against).

Interestingly, Al Kharaitiyat had defeated Al Gharafa when they clashed against each other in the first leg this season.

Al Kharaitiyat count on players such as Romanian Valentin Lazar and Mohammed Razaq, while Moroccan Anwar Deba may take the field after recovering from an injury.