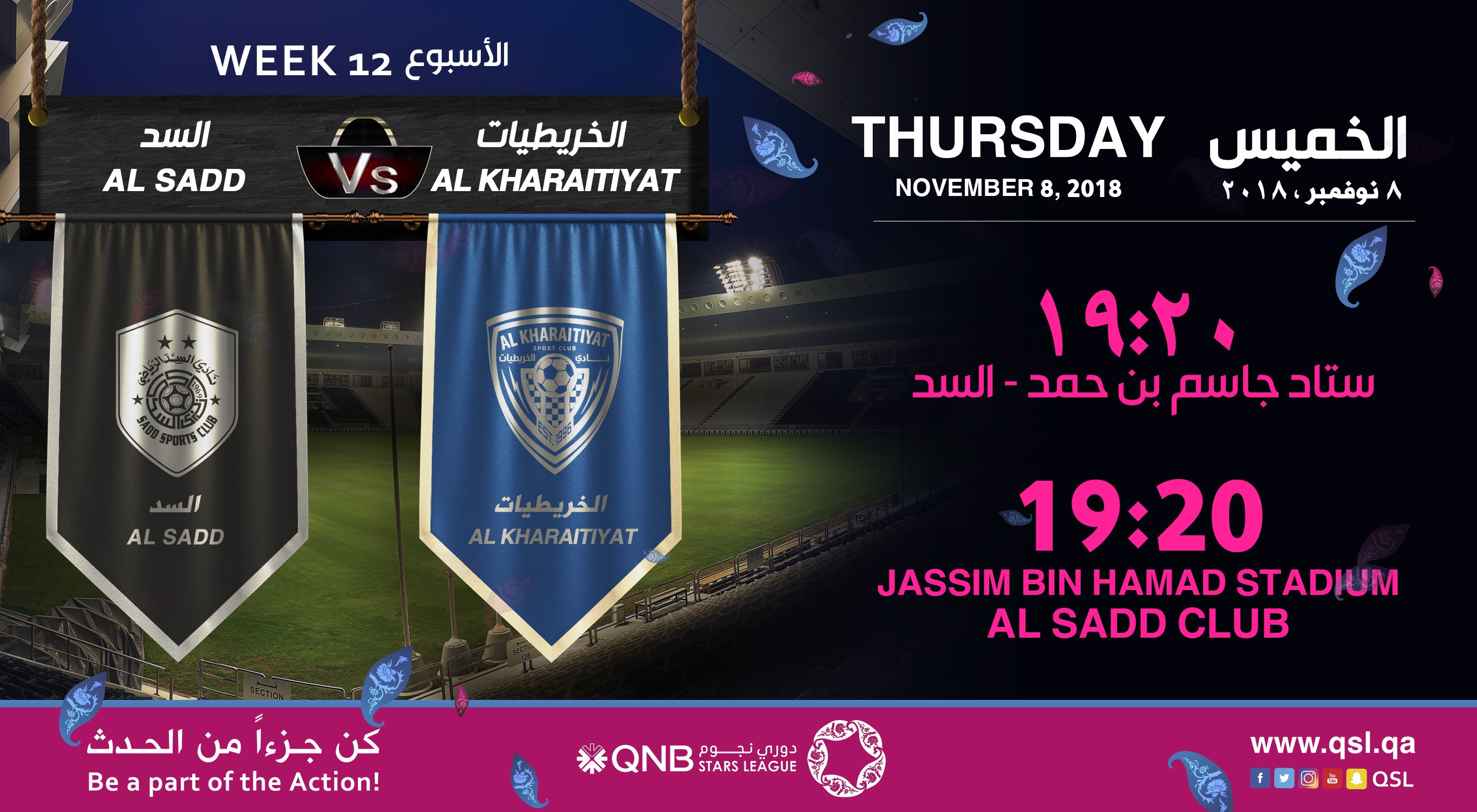 Al Kharaitiyat face an uphill task when they run into Al Sadd in Week 12 of the QNB Stars League on Thursday, 8th November. The kick-off is at 19:20 at the Al Sadd Stadium.

The teams go into the match with totally-different missions.

Al Sadd, who have played only nine matches (due to their AFC Champions League commitments), are currently third in the table with 20 points and need to collect as many points as possible if they are to be in contention for the title.

Al Duhail, who have played 10 games, are the table toppers with 28 points, whereas second-placed Al Rayyan have 21 points.

Al Sadd’s matches against Al Khor from Week 5 and Al Duhail from Week 9 are pending owing to their AFC Champions League commitments. They have been scheduled for 28th November and 11th December respectively.

The Wolves possess the best attack and have scored 38 goals, conceding nine to have a goal difference of +29 (the most by any team). They have won six games, drawn two and lost one (to Al Ahli).

Al Kharaitiyat, who lost 0-5 to Al Sailiya in Week 11, are placed at the bottom with only three points and face relegation. They have dismissed Moroccan coach Abdelaziz El Amri and handed over the reins to Wesam Rizk.

Their only victory came against Al Gharafa. They have a goal difference of -23, having scored eight goals and conceded 31.