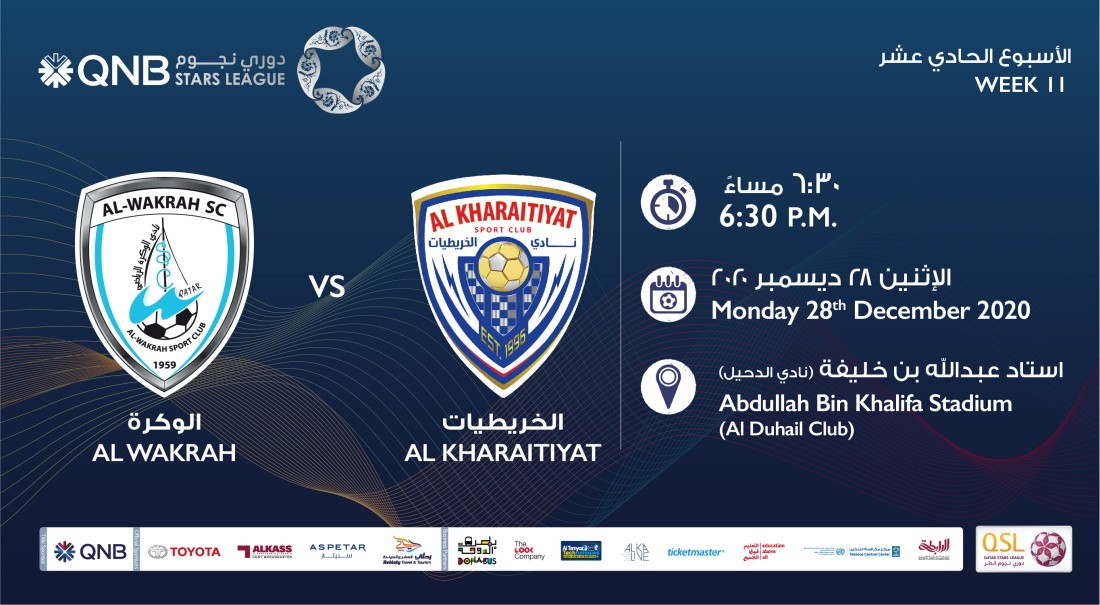 Al Wakrah stood in the eighth position in the table with 10 points (three wins, one draw and six defeats) despite their 0-1 loss to Al Gharafa in the last round. The Blue Wave have a goal difference of -3 (10 goals for and 13 against).

Marquez Lopez’s men will look to put it across Al Kharaitiyat and collect as many as points as possible at this stage.

Al Kharaitiyat, meanwhile, are in a precarious position as they are the basement side with six points (from two victories). The Thunders have lost eight matches, the most by any team and that should worry their coach Yousef Adam.

Al Kharaitiyat’s goal difference is -16 (seven goals for and 23 against) and that is also the worst among all teams.

Al Wakrah have a good group of players, such as Cristian Ceballos, Mohamad Benyettou, Ousmane Coulibaly and Omar Ali, while the Al Kharaitiyat ranks include the likes of Rachid Tiberkanine, Mensah Evans and Mohammed Osman.