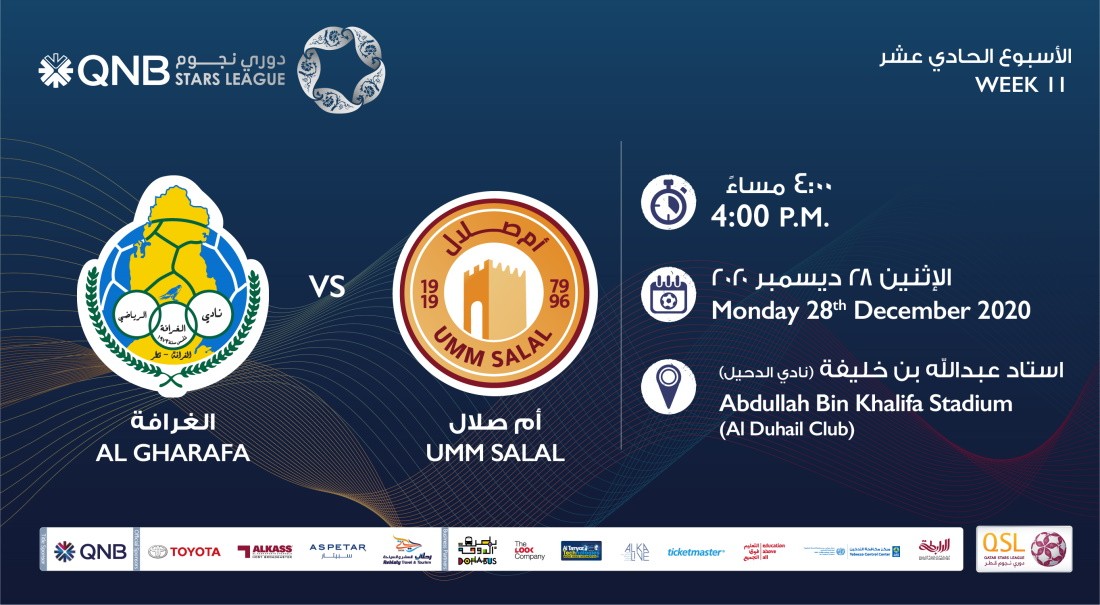 Al Gharafa’s confidence is high after they defeated Al Wakrah 1-0 in Week 10 and regained the second position in the table from Al Ahli. The Cheetahs, coached by coach Slavisa Jokanovic, have seven wins and three defeats against their name with a goal difference of +9 (24 goals for and 15 against).

Umm Salal too go into the match on a confident note as they have not lost in their last three games. The Orange Fortress, who were the basement side for some time, are now 10th with nine points.

Aziz Ben Askar-coached Umm Salal have two victories, three draws and five defeats with a goal difference of -8 (six goals for and 14 against).

Umm Salal and Al Arabi are tied on points and goal difference, but the latter are placed above by virtue of having scored more number of goals (12 as against Umm Salal’s six.