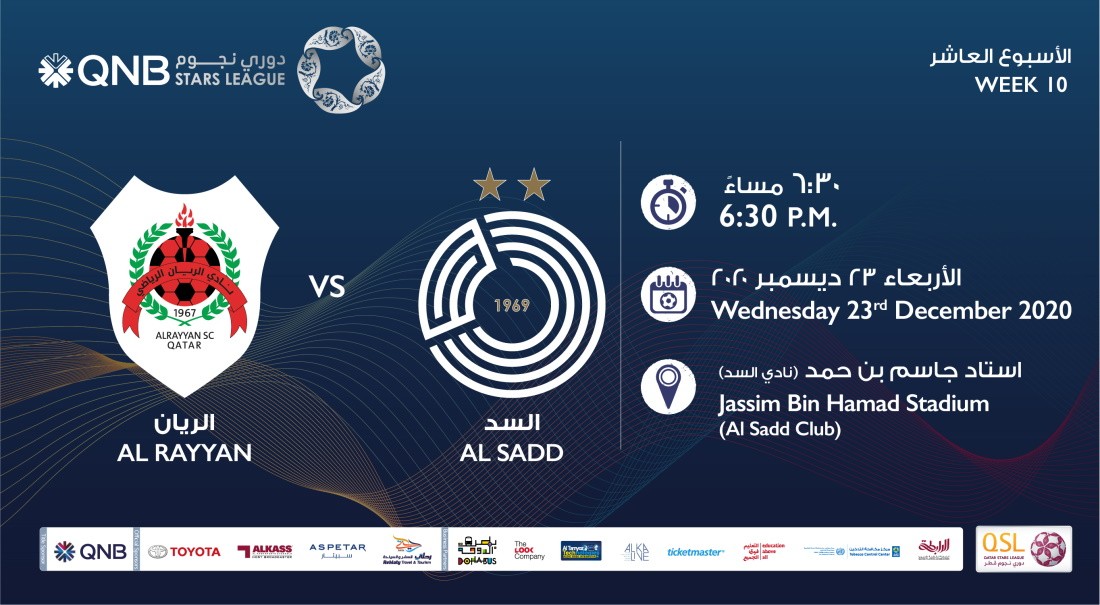 The match, dubbed as the Qatar Clasico, will be a humdinger of an encounter between the traditional rivals in Qatar football, on and off the field.

There could not have been a better advertisement of football in Qatar than the high-profile Qatar Clasico. This is a unique event that attracts the interests of all those who love the game, especially the players and fans of Al Rayyan and Al Sadd.

Last season’s runners-up Al Rayyan are currently sixth with 13 points. The Lions, who played out a 1-1 draw with Umm Salal in Week 9, have recorded three victories, four draws and two defeats to have a goal difference of +3 (11 goals for and eight against).

Table toppers Al Sadd (25 points) will not want any slip-up in their bid to regain the coveted league shield. The Wolves have eight victories, the most by any team, while they drew one match to be the only unbeaten side in the 12-team tournament so far.