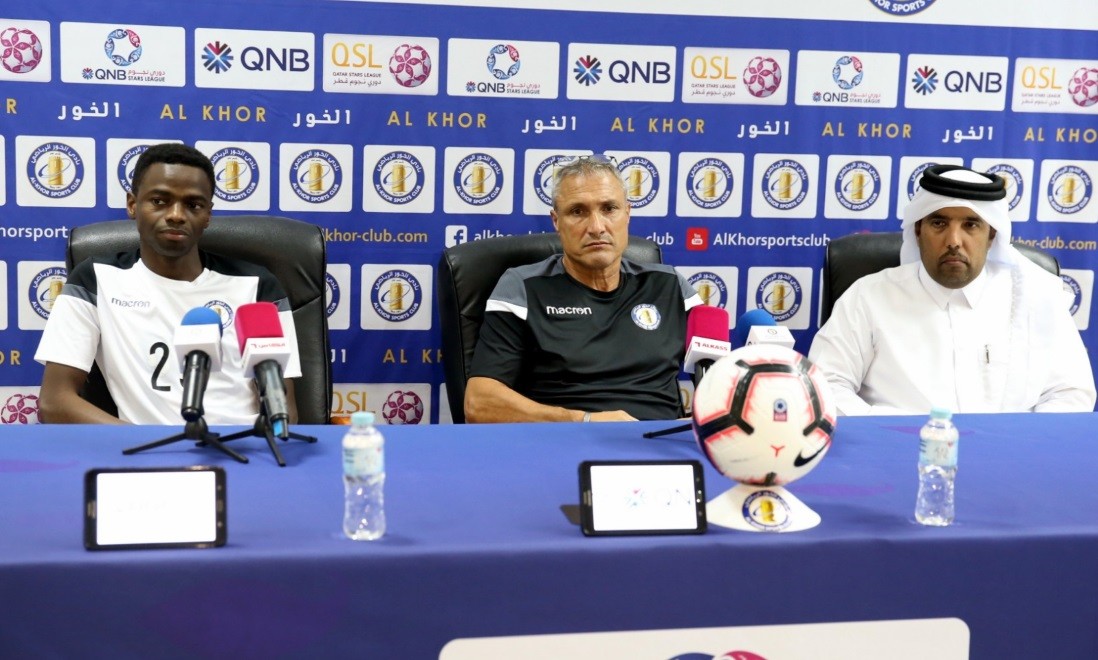 Al Khor coach Bernard Casoni spoke to the media ahead of their QNB Stars League Week 9 match against Al Kharaitiyat.

“During the period of suspension of the league, we did not have the services of some players who were on national-team duty, but it was a good opportunity for some other players in the squad.

“We benefited greatly from the camp in spite of the absences. We scored an important win over Al Shahania in the QSL Cup and that was the best preparation for the Al Kharaitiyat match.

“We have a great motivation to collect points and move up in the ladder. We can thus move away from the danger zone.

“The win over Al Rayyan in the last round greatly inspired our players and we could evaluate them in real perspective. We were able to rightly assess their technical abilities.

“The Al Shahania match was a good opportunity for us to make all the changes. The players’ morale is high and their performance is constantly improving,” said Casoni.