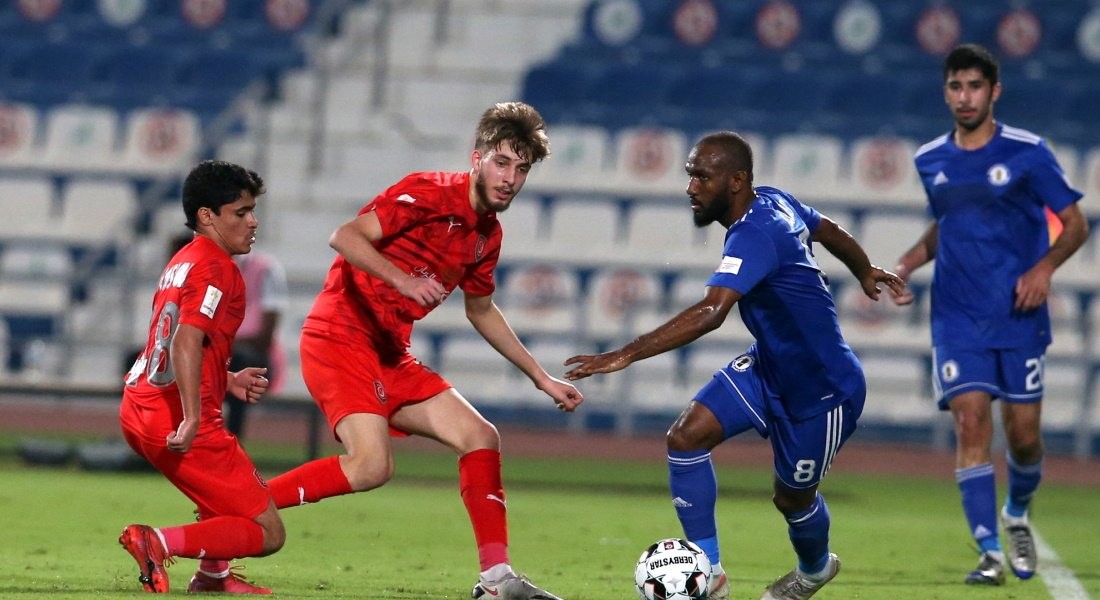 It was Al Khor’s third win and they finished with a tally of nine points to qualify for the knockout quarterfinals as the second team from the group.

Al Duhail bowed out of the tournament as the last team in the group with three points.

De Souza wasted an easy chance to head home from close range early on. He was beaten to the ball by Al Duhail goalkeeper Ahmed Gamal, who punched the ball with a short jump to kill the move.

Yuki then curled in a spectacular left-footed drive that narrowly missed the goalpost to the right of Al Duhail goalkeeper.

Al Khor opened the scoring when Khaled headed home off a corner kick. They jumped to a 2-0 lead when Yuki volleyed home off a long loopy shot that crashed into the net.

Six minutes into the second half, Al Khor grabbed their third goal when Abdulla Mubarak was quick to pounce on a loose ball that the keeper failed to grab after a powerful shot by De Souza and the former clamly slotted the ball into the net.

De Souza added his second of the match when he scored off a penalty kick. Al Duhail’s Faisal Al Mansoori brought down Ahmad Hassan Al Mohannadi and referee Nayef Al Qadiri awarded a penalty, which was converted by De Souza.

The Brazilian added one more deep into the game to complete a hat-trick.