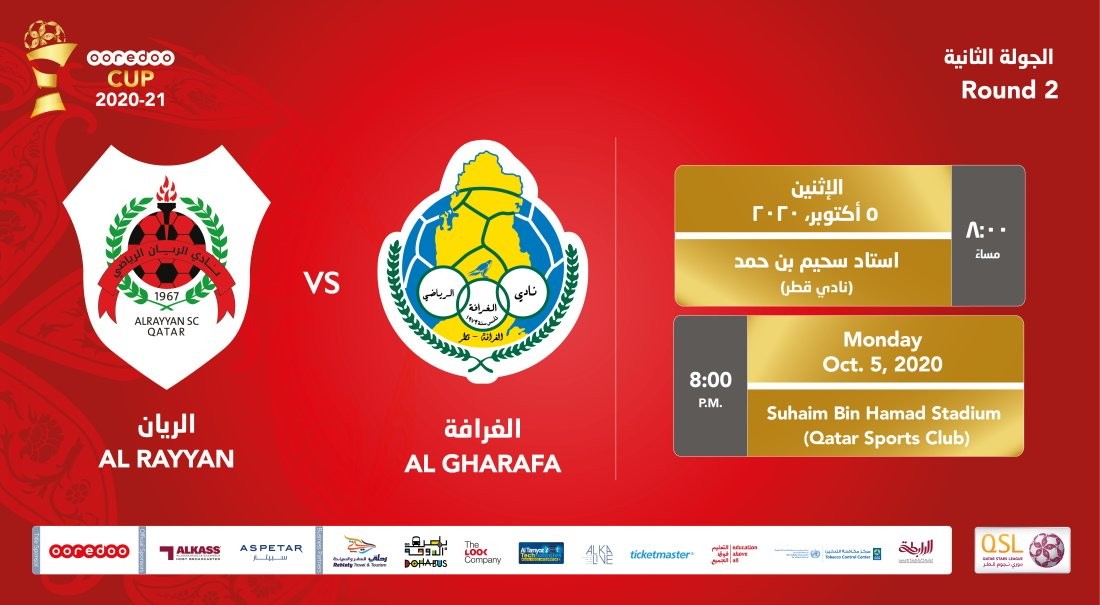 Al Rayyan, who had finished as runners-up in the 2019-20 season QNB Stars League with just one point behind Al Duhail, have to put behind their disappointment of losing big-time (1-4) to Al Kharaitiyat in the opening round.

The Lion’s Uruguayan coach Diego Aguirre will expect his wards to put up a much better performance against an Al Gharafa side, coached by Serb Slavisa Jokanovic.

Al Gharafa, who had beaten Umm Salal 2-0 in Round 1, have stability in terms of the level of their overseas recruits and Qatari players.

Umm Salal, Al Arabi, Al Kharaitiyat and Al Ahli are the other teams in Group B.