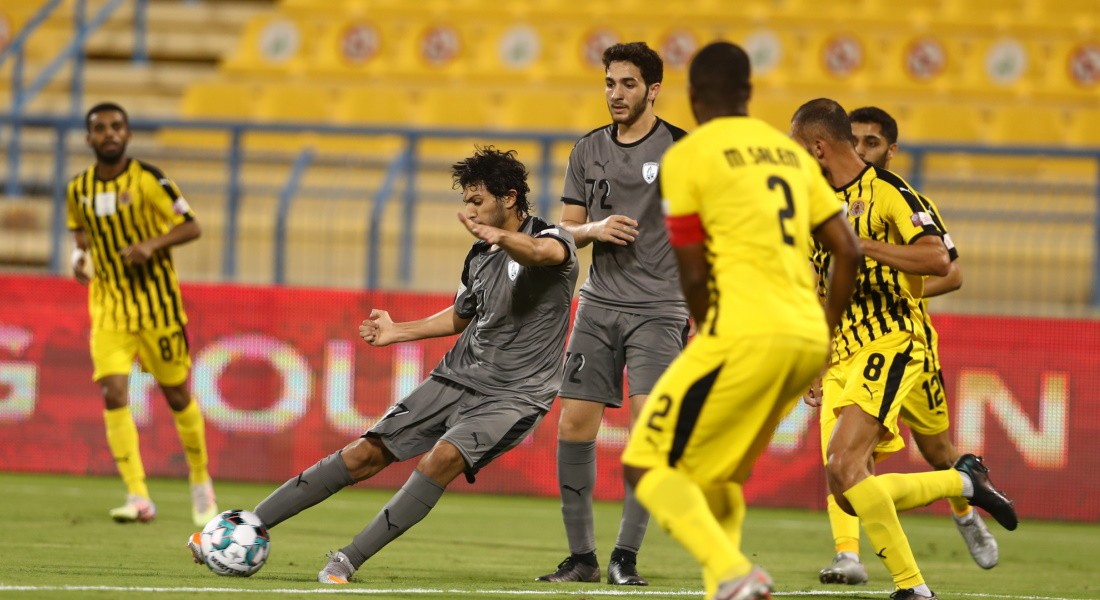 Al Wakrah and Qatar SC played out a 1-1 draw in Round 1 (Group A) of the 2020-21 season Ooredoo Cup at the Al Gharafa Stadium on Saturday.

Abdulla Al Muftah put Al Wakrah ahead in the 44th minute, a lead that was neutralised by Qatar SC when Al Wakrah captain Abdulrahman Fakhroo headed the ball into his own net in the 76th minute in his bid to clear it even as Qatar SC’s Mohammed Salem too jumped for the ball. Both goals resulted from corner kicks.

Stung by the deficit towards the end of first half, Qatar SC upped the ante in the second, launching a series of attacks and one such effort gave them the equaliser.

Qatar SC had come close to scoring a goal in the 57th minute, but Khaled Abdulrouf’s long-range shot was parried by Al Wakrah goalkeeper Hassan Idriss, who then thwarted Ali Awad.

Al Sadd, Al Duhail, Al Sailiya and Al Khor are the other teams in Group A.

The match between Al Sadd and Al Duhail, scheduled for 26th September, was deferred to a later date due to their participation in the 2020 AFC Champions League.

Al Wakrah are having a good run in the 2020-21 season QNB Stars League as they stand a creditable third with six points from two victories.

Qatar SC are also on a high, having beaten last season’s runners-up Al Rayyan 1-0 in Week 3 of the 2020-21 QNB Stars League, which has now taken a break.