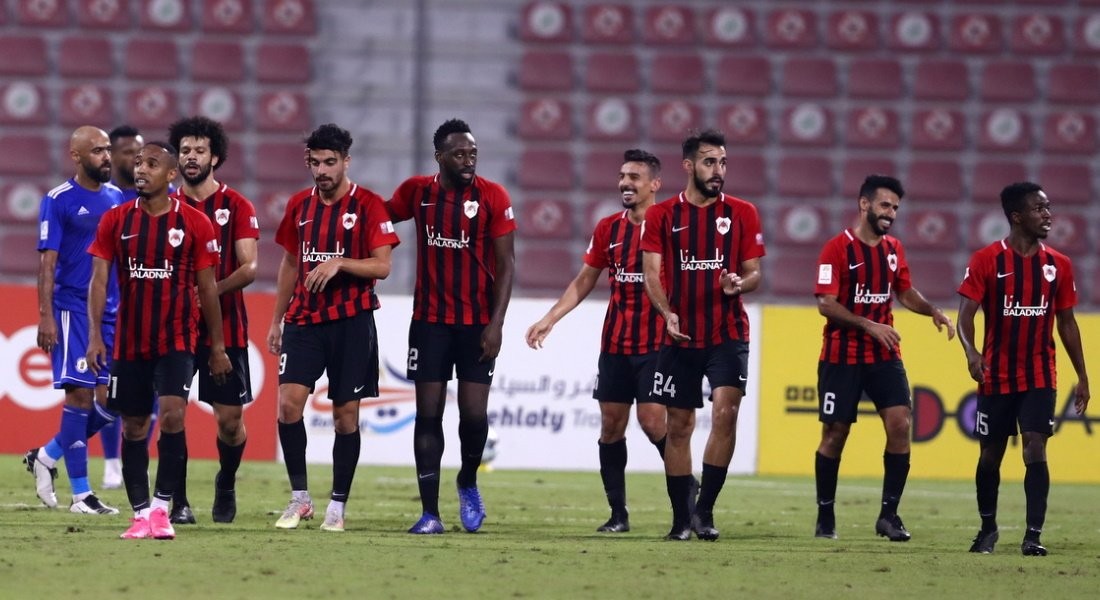 Al Rayyan edged Al Khor 1-0 in the fourth quarterfinal of 2020-21 season Ooredoo Cup at the Al Arabi Stadium on Monday.

Both teams fielded almost full-strength squads and the seriousness reflected on the pitch as they played a charging game from the onset.

It was end-to-end attack and counter-attack, and both sides had chances galore.

Al Rayyan’s Ahmed Abdelmaqsoud came up with a thumping shot off a corner kick in the 17th minute and it went inches wide.

At the other end, Al Khor’s Leonardo De Souza had his header go wide of the target a couple of minutes later.

Leonardo was in the thick of action the very next minute as he almost scored with a chip shot over the head of goalkeeper Saoud Al Hajri, who had left his charge, and Dami Traore had to effect a goalline save to avert danger.

Then came the goal, with the move originating from Ahmed Abdelmaqsoud and Ibrahim Masoud setting up Al Harazi, who brilliantly made his way into the box and put the ball into the left corner of the net.

Changing ends, the game’s pace continued to be fast.

Al Khor’s Yuki Kobayashi was thwarted by the goalkeeper in the 50th minute.

Soon, Al Rayyan’s tall striker Ali Ferydoon, one of the many substitutions made by both teams in the second half, saw his header go wide.

A Khor pressed hard for an equaliser, with Ioannis Fetfatzidid pulling strings from the midfield, but could not make a breakthrough. Al Rayyan were the more organised side and they progressed to the semifinal.

Al Rayyan had made it to the quarterfinal as the third team from Group B with seven points (two victories, as many defeats and one draw). The Lions defeated Al Ahli and Umm Salal by an identical 2-0 margin. They lost 1-4 to Al Kharaitiyat and 0-2 to Al Gharafa, and played out a 1-1 draw with Al Arabi.