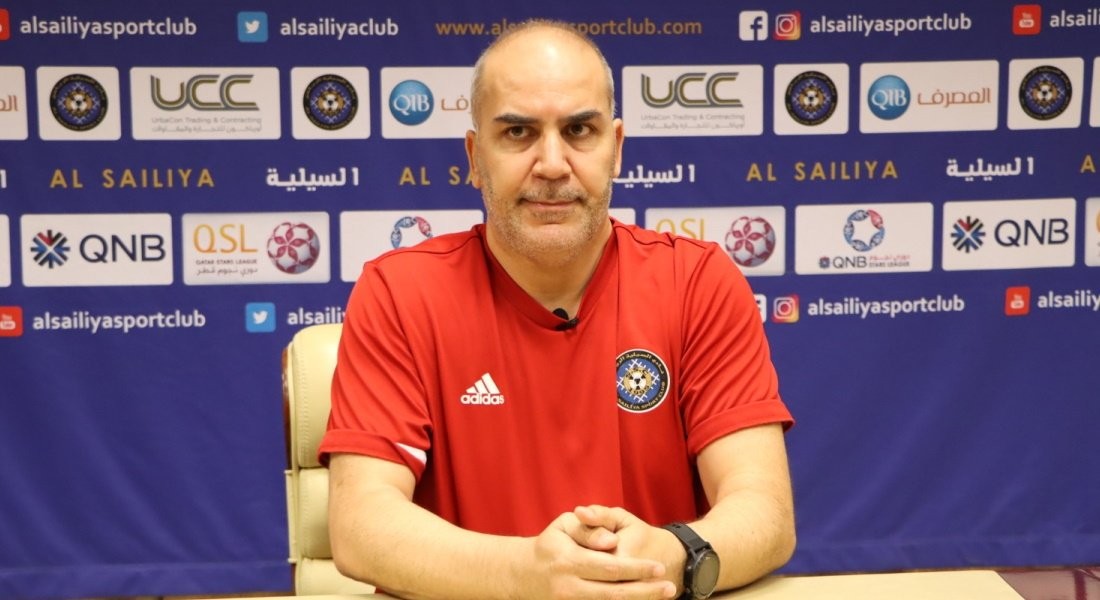 Al Sailiya coach Sami Trabelsi spoke to the media ahead of their 2019-20 QNB Stars League Week 22 match against Umm Salal.

“We respect Umm Salal, they deserve to be in a better position in the table. As far as we are concerned, we must not lose the fifth position. That is the best possible position we can get this season after missing out on the opportunity to be in the top four. Frankly speaking, this was not our ambition and I am not satisfied with this season.

“Unfortunately, there is not enough time between the end of this season and the start of new one. We want to bring new players, especially in attack, despite the difficulty in recruiting players due to lack of time and they have to adapt. We are in negotiations with some players and we seek to finish them in the coming days.

“I appreciate the role played by the Qatar Football Association, Qatar Stars League, Ministry of Public Health, Supreme Committee for Crisis Management and the State of Qatar in general. Many thanks to all those who were behind all this and made resumption of QNB Stars League possible, which was not easy. We can see that many big leagues are struggling for resumption,” said Trabelsi.