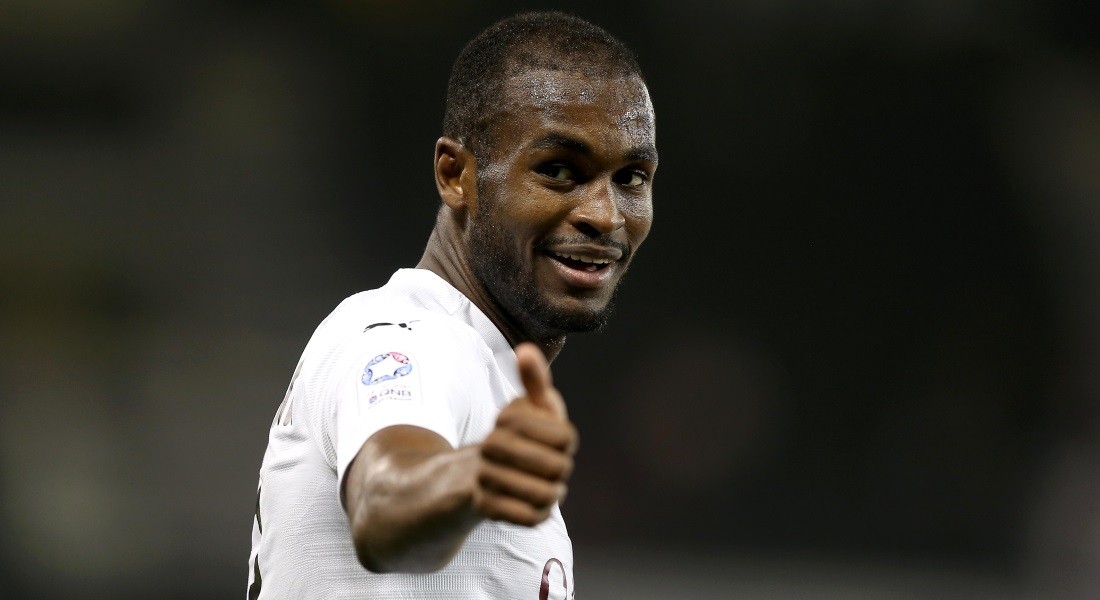 Abdelkarim, a graduate from the famed Aspire Academy and was a key member of the Asian Cup-winning Qatar squad early this year, is a single-club player except for a six-month spell at Qatar-owned Belgian club KAS Eupen. The 25-year-old, who also has a penchant for scoring goals, has been a regular for his club and country.

Many achievements and high points… How greatly do you feel at the moment?

I feel very satisfied and proud as a player, both individually and as a team member. Winning the AFC Best Player Award wasn’t just my achievement. It wouldn’t have happened had it not been for the support of my team-mates, with club and country.

All of us are happy. We’ve had a special season this time. We faced a lot of troubles last season, mainly with injuries to players. We lost silly points.

However, we’ve been making good results this season. All of us are staying highly focused and we’re waiting for the match against Al Duhail to start. Three points from it and done. It’ll be all over. We’ll be the champions again.

How do you look forward to the big game against Al Duhail?

Victory over Al Duhail and the subsequent crowning would just be the icing on the cake. It’s going to be a good game.

How do you compare Al Sadd and Al Duhail, both being the best teams around?

There isn’t much difference between Al Sadd and Al Duhail. Both teams have big names and match winners. Al Duhail are also scoring goals. Our games have always been close. Statistics substantiate that.

Do you think Al Sadd will beat Al Duhail again, like you did in the first leg, and become champions with two games remaining?

We’ve three matches remaining to achieve our goal. We may beat Al Duhail again or we may lose. However, we wish to seal the issue with this match and focus on other tasks, such as the Emir Cup and AFC Champions League.

Are you having any special preparations for this match considering its importance?

No. Our preparations have been normal. Our coach (Jesualdo Ferreira) has clear plans for each game and we follow that.

Ferreira has been coaching the side for a few seasons. How’s it playing under his guidance?

His style of functioning is different. Initially, we all found it hard to adapt to his coaching methodology. Especially when he wanted us to implement his tactics. But gradually, we adjusted to it and now we’re relaxed at training.

I must also say we got some bad results last season not because of his fault. In fact, at times, he didn’t have proper substitutes to field because of injuries.

Is Al Sadd’s rise this season because of Al Duhail’s slump? They even had a change of coach…

I don’t think so. Things fell in place for us this season and the squad became more balanced. We’ve nine or 10 players who represent various national teams and their combined experience is a plus point. From the goalkeeper to strikers, we got stronger in every position. Our strikers are scoring goals dime a dozen and our defence became tighter.

It’s true that Al Duhail suffered from the injury-forced absences of Yousef Msakni and Nam Tae-Hee. If you notice, Yousef El Arabi isn’t scoring like how he did in the last two seasons because he’s struggling a bit for passes.

What're the factors that helped shape your career?

I owe it to the well-organised system of Al Sadd club, where I joined at a very young age. Afterwards, the Aspire Academy education helped shape my career in terms of training under coaches of repute and game exposure.

What’s the best moment of your career so far? Being adjudged the best Asian player or winning the Asian Cup?

Winning the Asian Cup, without a doubt. Even we couldn’t believe when we made history. We won the tournament without losing a game and conceding only one goal!

AFC Asian Player of the Year Award was my dream. Being in the final list of three players for the coveted award itself was an achievement. It was an achievement for Qatar as well. After Khalfan (Ibrahim) in 2006, we did it again.

How do you see the times ahead, with many tasks being lined up?

After the QNB Stars League, we’ll focus on the Emir Cup before shifting our spotlight to the Copa America in Brazil (14th June to 7th July). It’ll be a real test for us at the world level. We want to sustain the momentum and push ourselves for greater glory.

At Al Sadd, we all are eager to make it really big in the AFC Champions League and forget the disappointment of last year when we narrowly lost out in the semifinals.

What’s your ambition as a player?

I don’t know what the future holds for me. But I would like to play in a European club.

We don’t want to be just the hosts. We want to present ourselves well and do Qatar proud. Now that we’re the champions of Asia, expectations are more. I feel, with more hard work, we can go far in the tournament.