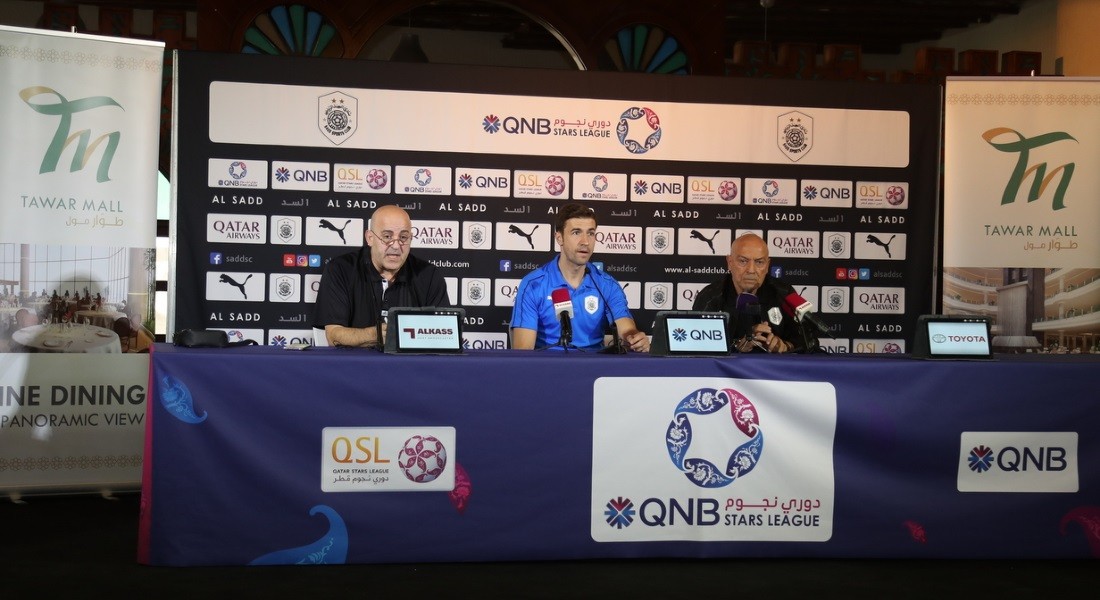 The Press conference was attended by Al Sadd’s Portuguese coach Jesualdo Ferreira and player Gabi Fernandez as well as representatives of  newspapers, television channels and foreign journalists who came to cover the African CAF Super Cup between Tunisia’s Esperance and Morocco’s Raja Casablanca, scheduled at the Al Gharafa Stadium on Friday, 29th March.

Ferreira said, “I would like to thank the management of Tawar Mall for hosting our Press conference ahead of our game against Al Duhail. I am happy to be here and we are waiting for a very important match.

“We are very satisfied. We have no pressure and we will work to win. I do not expect anyone to predict the result of this game, which could decide the title with two matches remaining.

“We played most of our games under pressure and we are ahead of Al Duhail by four points. Even if we lose, we will continue to lead the table. We have players at the highest level and I think it is time we won the league and Al Sadd deserve it this season.

“We have three games left in the league and we have to focus on all small details in such big games. I have great confidence in the players. I want them to build on that confidence, enjoy the game and make the fans happy.”

Gabi said, “I want to finish off the task on Saturday. I cannot wait for the last two games. I have played a lot of important games and, for me, and it is a great honour in my first season to win the league title with Al Sadd. I love such games and it will be a privilege for me and my team to win the title. We had started our work at the beginning of the season and we deserve to win the title. It is important for all members of the team.

“We, at Al Sadd, deal with this game very smartly, especially since we are facing a team with distinguished players. My message to the fans is that this game is of the highest level, reaching the European level, and we all (players and fans alike) have to take responsibility on Saturday to win the league.”