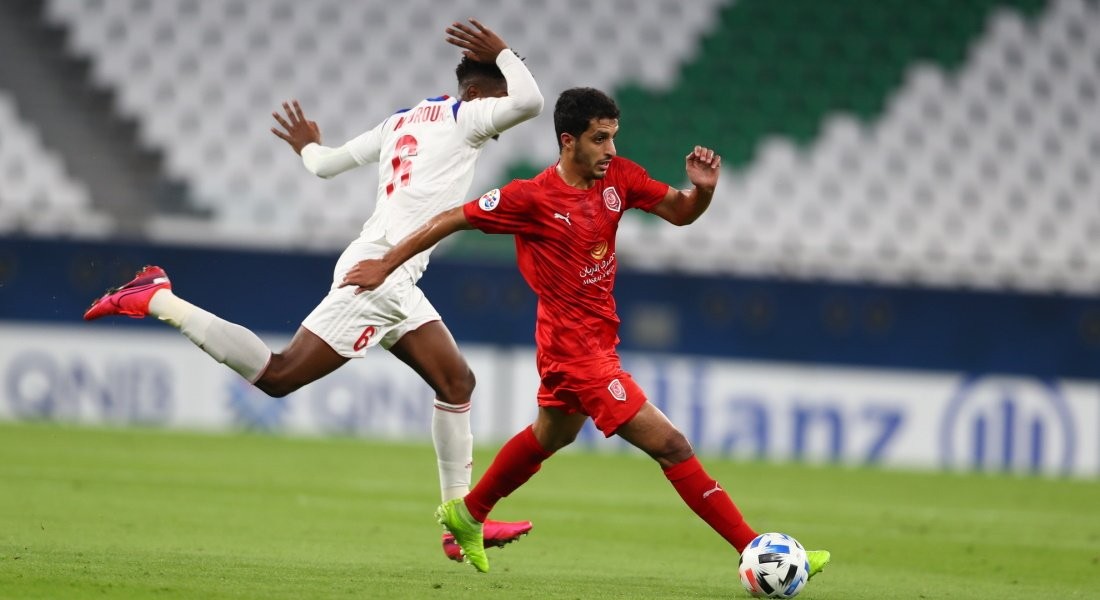 Qatar’s Al Duhail went down fighting 2-4 to the UAE’s Sharjah in a thrilling 2020 AFC Champions League Round 4 Group C match at the Education City Stadium on Friday.

Sharjah moved on to four points, while Al Duhail froze on six.

Al Duhail had beaten Sharjah 2-1 in Round 3 on 15th September, with goals from Almoez Ali and Ramin Rezaeian. Igor Coronado pulled one back for Sharjah.

Al Duhail had beaten Persepolis 2-0 in Doha in their opener on 11th February, but lost 0-2 to Al Taawoun in Jeddah on 18th February before the tournament was halted due to the Covid-19 pandemic.

Al Duhail needed just 12 minutes to open the scoring after Almoez Ali outmuscled his marker, controlling a long ball and setting up Abdullah Al Ahrak who cut inside from the right flank and unleashed a powerful drive from all of 25 yards that nestled into the roof of Adel Al Hosani’s net.

Five minutes later, Khalid Bawazir equalised for Sharjah on his first start for the club. The midfielder received a pass on the edge of the opposition penalty box and rifled a thunderous effort that flew straight through the hands of goalkeeper Khalifa Aboobacker as he attempted to catch it, bringing the scores level.

The match took an important turn on the hour mark when Moroccan defender Mehdi Benatia received a straight red card for an elbow on Sharjah playmaker Igor Coronado.

Straight from the resulting free-kick, Coronado beat the goalkeeper with a curled effort, but the ball bounced off the upright and fell to midfielder Majid whose diving header found the back of the net to establish a Sharjah lead for the first time in the game.

The action was far from over as Al Duhail restored parity again in the 70th minute. Defender Ahmed Yasser sent a cross-field pass that was nodded on by Mohammad Muntari into the path of Ali and Al Duhail captain caught everyone off guard, controlling and launching a half-volleyed effort from an angle that hit the upright on its way in to make it 2-2.

Five minutes later, Sharjah were awarded a penalty after Mohammed Moosa appended Welliton inside the box. Coronado stepped up and just like in the reverse fixture, converted from the spot.

Sharjah cemented their victory in stoppage time as Caio exchanged passes with Coronado following a corner and drilled an effort from a tight angle that beat the goalkeeper to make it 4-2 at the final whistle.