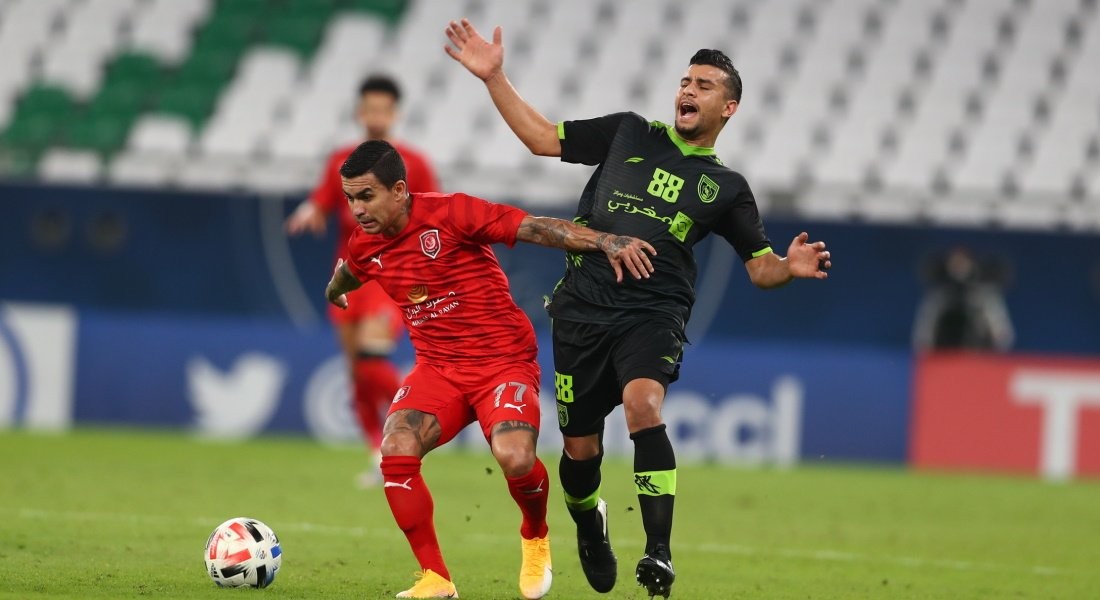 Qatari league champions Al Duhail bowed out of the 2020 AFC Champions League after going down fighting to Saudi Arabia’s Al Taawoun through a late goal in their Round 6 match in Group C at the Education City Stadium on Thursday.

Iran’s Persepolis and Al Taawoun progressed to the knockout Round of 16 as the first and second team with 10 and nine points respectively from Group C.

Persepolis beat Sharjah 4-0 in the other Group C fixture on Thursday.

Al Duhail too had nine points, but Al Taawoun made the cut on head-to-head record with the Qatari side.

The two sides had met on Matchday 2, when Al Taawoun scored a 2-0 home win courtesy of goals from Mohamed Al Sahlawi and Abdulmajeed Al Swat.

This time around, Mitchell Duke struck the all-important goal in the 86th minute for Al Taawoun.

The first half was cagey and featured missed chances by Mohammed Musa, Edmilson Junior and Dudu for Al Duhail as well as Cedric Amissi for the Buraidah based side. Deep into stoppage time in the first half, Cassio expertly denied Almoez Ali who struck from the left.

Junior threatened 55 minutes in, and after a break by his side, the cut inside from the left flank beating two players before curling an effort in from range that Cassio gratefully clutched into his arms.

Amissi got another chance to make his mark on proceedings when he attempted a free-kick on goal, after team-mate Al Sahlawi was fouled down the flank. Amissi’s shot was timid, and keeper Mohammed Al Bakri punched away with ease.

The match exploded into life in the final 10 minutes, with Al Duhail missing a golden chance to open the scoring through Ismail Mohammed, who was through on goal with just the keeper to beat and chipped, but substitute Saad Yaslam managed to reach the ball and clear off the line.

A bandaged Duke then dramatically sealed the tie for Al Taawoun after breaking free from his marker in the area to meet Sultan Mandash’s corner and put the ball past Al Bakri.