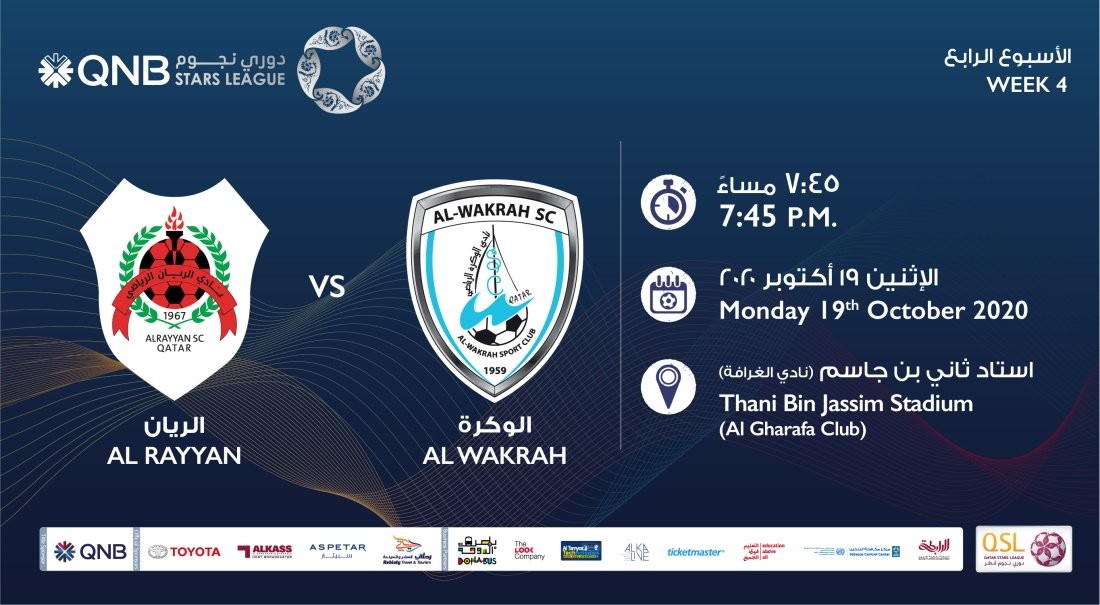 Last season’s runners-up Al Rayyan are currently fifth with four points. They were held 1-1 by Al Sailiya in their opener, but put that behind them by defeating Al Gharafa 3-1.

However, The Lions, coached by Uruguayan Diego Aguirre, lost 0-1 to Qatar SC in Week 3 after which the QNB Stars League took a break.

Al Wakrah had made headlines by handing a shock 1-0 defeat to defending champions Al Duhail in Week 2.

The Blue Wave, under Spaniard Marquez Lopez, thus got their campaign on track after losing 1-2 to Al Ahli in their opener. They are now placed third with three points.

Al Wakrah had done well last season by finishing in the sixth position.